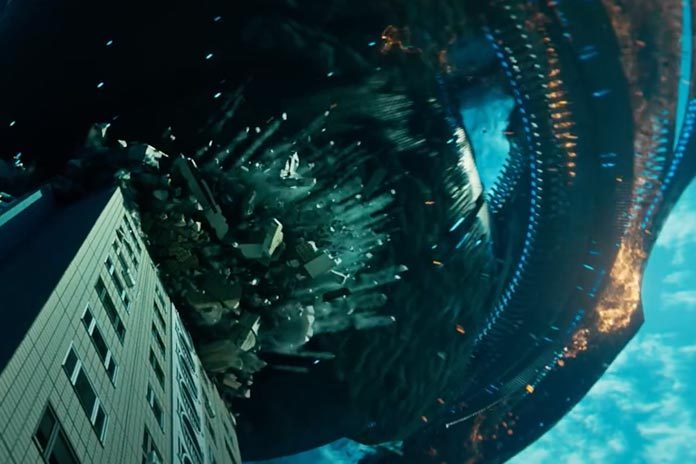 Whilst Russian films are generally stereotyped as worthy heavyweight art house guff the truth is the Russian audience love an action film as much as the rest of the world and if the recent release of the utterly bonkers ‘Hardcore Henry’ is not proof enough then it looks like we can also look forward to an alien invasion film along the lines of ‘Independence Day’ if the trailer for ‘Attraction’ is anything to go by.

An ambitious IMAX 3D film ‘Attraction’ is billed as is the first ever Russian movie about extraterrestrials invading the Earth. In the film, a mysterious flying object crashes over Moscow, causing chaos and upheaval.

“We’ve all seen movies about spaceships destroying Los Angeles, New York and London but (to see) Moscow’s districts Chertanovo and Mitino being attacked by aliens is something really fresh and new,” commented producer Dmitry Rudovskiy. Thee film makers seem pretty confident as during Cannes in May they an exclusive deal with Chinese company H.G.С. Entertainment Limited for a simultaneous opening of Attraction in Russia and China on 10,000 screens and we should also be seeing it sometime next year.

The film features a top Russian cast including Alexander Petrov, Irina Starshenbaum, Rinal Mukhametov and Oleg Menshikov. Special effects have been overseen by MainRoadlPost, the VFX outfit that was behind such blockbusters as Wanted and Stalingrad.