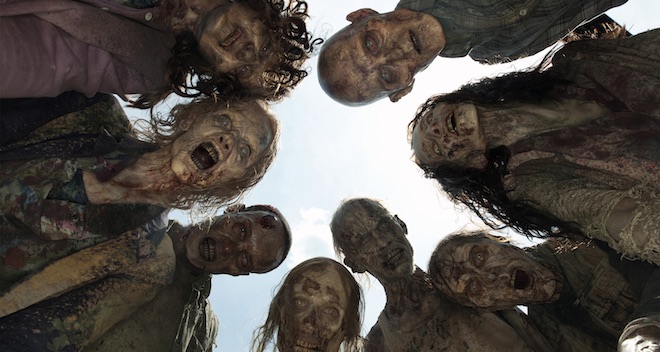 So we’ve had all manner of zombie films …horror (obviously), comedy (Shaun of the Dead), Period (Pride and Prejudice and Zombies) even teen romance (Warm Bodies) as well as TV Series such as The Walking Dead aka the Editor with a hangover but we not sure thee’s ever been a zombie musical.

But film makers have remedied that and are now shooting a zombie comedy-musical called ‘Anna And The Apocalypse’ which is shooting in and around Glasgow, Scotland.

The story concerns a girl and her friends who must fight – and sing – their way through a zombie invasion to reach the supposed safety of their school, unaware if their parents and friends will still be alive when they get there.

Ryan McHenry, who wrote and directed the 2010 short film ‘Zombie Musical’ upon which it is based, wrote the original script and was due to direct the feature but the filmmaker regretably died of cancer in 2015 aged 27 (yes, there is a very tasteless joke there which we won’t make).He was best known for creating viral hit Ryan Gosling Won’t Eat His Cereal.

Directing duties have now been taken on by John McPhail, director of 2016 rom-com Where Do We Go From Here.  Film will be released later this year.