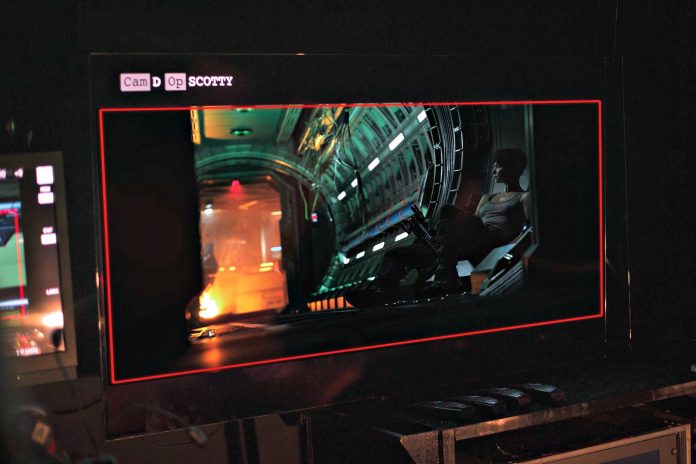 Here’s another photo leaked from the set of Ridley Scott’s follow up to ‘Prometheus’ entitled ‘Alien:Covenant’.

It’s Katherine Waterston in what looks like an Ellen Ripley type role sat down with a hunk of weaponery waiting for what looks like something at the end of the corridor amongst the fire.

Rumours are that from a production design point of view this will be a return to the grubby grittiness of ‘Alien’ and the photo seems to back that up.

‘Alien:Covenant’ is shooting in 20th Century Fox’ studios in Australia and is set to be one of next Summer’s big films and will be released on August 4th 2017.