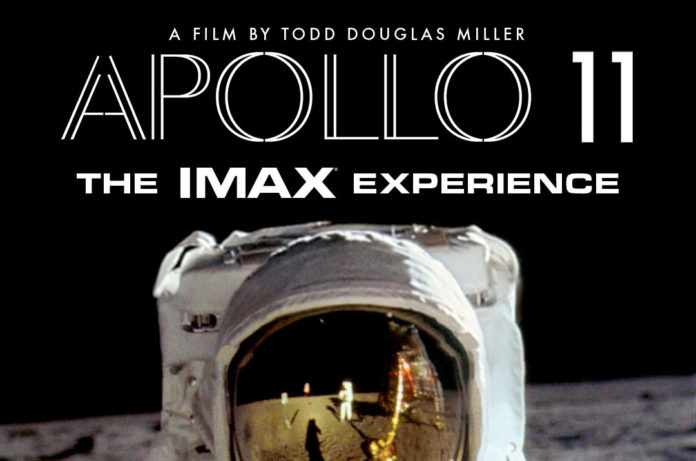 Now a whole bunch of us have a fear of heights none more so than our Editor who gets a nose bleed if he wears thick socks (‘You’re Fired!’ – Ed). Anyway on 28th June, the once-in-a-lifetime cinematic event of the year is released across the UK an we have the Apollo 11 trailer here. With never-before-seen, newly digitized footage designed to be viewed on the big screen and a propulsive electronic soundtrack, director Todd Douglas Miller (Emmy award-winning, Dinosaur 13) takes audiences to the moon and back (wish he’d take Gemma Collins there – no need for the return journey) in a jaw-dropping and thrilling documentation about the historic 1969 Apollo 11 mission which was dramatised in last years Ryan Gosling starrer, ‘First Man‘.

Following its triumph at Sundance Film Festival where the film won the Documentary Special Jury Award for Editing, APOLLO 11 will receive its UK Premiere at Sundance London. The film is crafted from a newly discovered trove of 70mm footage, and more than 11,000 hours of uncatalogued audio recordings. It takes us straight to the heart of NASA’s most celebrated mission—the one that first put men on the moon, and forever made Neil Armstrong and Buzz Aldrin into household names. Immersed in the perspectives of the astronauts, the team in Mission Control and the millions of spectators on the ground, we vividly experience those momentous days and hours in 1969 when humankind took a giant leap into the future.

Now apart from the conspiracy theorists who insist that it was all shot on a sound stage by Stanley Kubrick and in fairness there’s a great film, ‘Capricorn 1’ that is far more entertaining than any swivel eyed loon who’s spent to long licking photos of David Icke but the Apollo 11 trailer does look great.

Hailed as a new benchmark in documentary filmmaking, APOLLO 11 will be released in cinemas across the UK from 28th June.