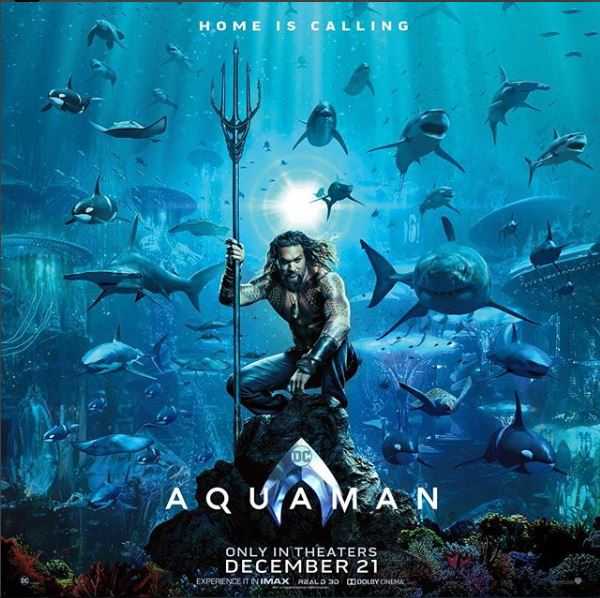 After the disappointment of both Batman v Superman and then Justice League there’s a lot riding on Aquaman. One of DC comics less well known superheroes the Aquaman trailer  is different from a lot in the superhero universe and perhaps like Black Panther its different enough to appeal to audiences who perhaps are looking for something out of the norm.

From the look of the Aquaman trailer its certainly been achieved by director and co- writer James Wan who freely admits that that was his approach saying, “I wanted to create a superhero film that we’ve never quite seen before. I wanted our film to be more unique. So my movie plays more like a science fiction fantasy film than a traditional superhero movie.” Our Deputy Editor, Simon, interviewed James Wan a couple of years ago and for an A list director he was utterly charming and polite and though he’s best known for his horror films Saw and The Conjuring he’s proved wholly adept at action with Fast and the Furious 7 making  a huge $1.5 billion even when the production was hit by the death of its star Paul Walker.

Jason Momoa, who was the real star of Justice League, reprises his role as the ruler of Atlantis, caught between a surface world constantly ravaging the sea and Atlanteans looking to lash out in revolt but ultimately committed to protecting the entire globe.

Wan co wrote the script with Will Beall who has also written Venom, and Geoff Johns who has written the Wonder Woman sequel