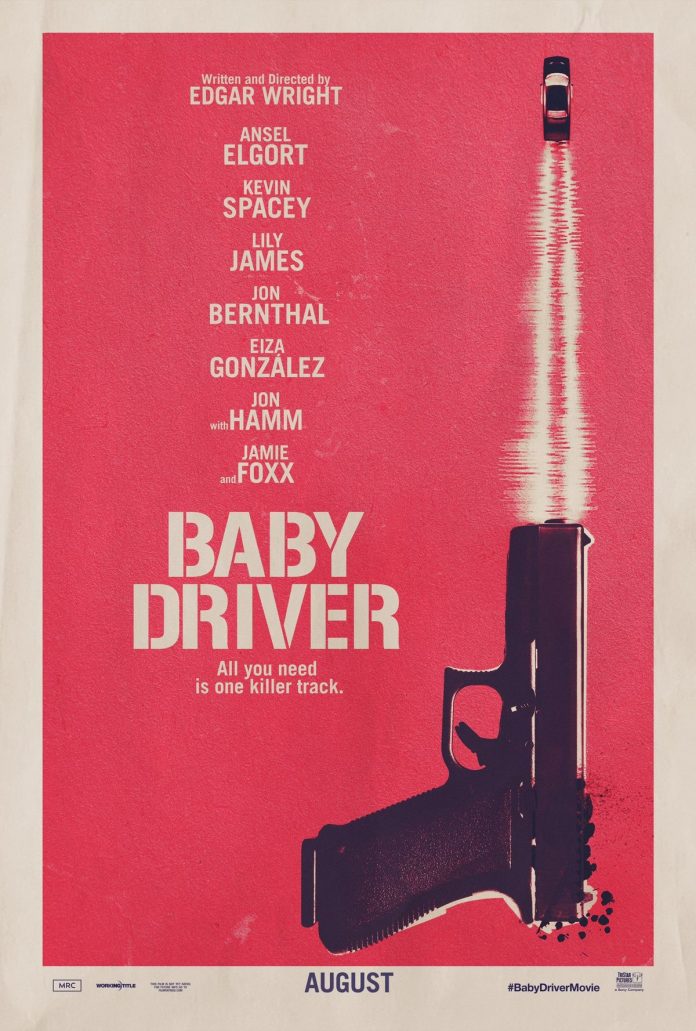 Edgar Wright is the writer director behind the cornetto trilogy, (Shaun of the Dead, Hot Fuzz, The Worlds End) and his distinctive style was what made ‘Scott Pilgrim vs the World’ so good. Costing $60m to make it unfortunately bombed at the box office making only $47m.

He moved on to working on Ant-Man which had been a pet project of his for years but left the project due to ‘creative differences’ probably because his style was out of keeping with Marvels’.

Anyway he’s moved onto this new film called ‘Baby Driver’ with a great cast including Jamie Foxx and Kevin Spacey and some rather splendid looking car chase sequences and stunts.