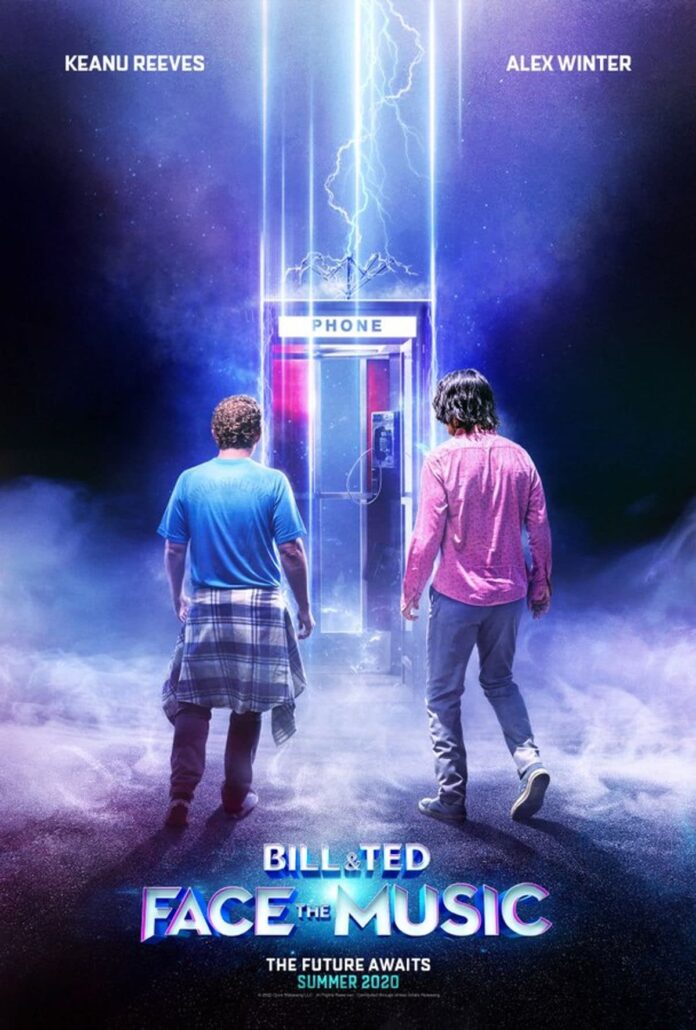 It’s been almost thirty years since Bill & Ted’s Bogus Adventure an since then Keanu Reeves has made even bigger franchise movies including The Matrix with the fourth film about to start restart filming and also John Wick of which the fourth one will start filming late 2021 . But it’s a third Bill & Ted film that has been on the cards for years and now we finally have it with the Bill and Ted Face the Music trailer.

In the new film Bill S. Preston Esq. (Alex Winter) and Ted ‘Theodore’ Logan (Keanu Reeves) are now fathers and have yet to fulfil their rock ‘n’ roll destinies. Their lives change when they are visited by a messenger from the future who warns them that only their song can save life as we know it. Samara Weaving (niece of Hugo Weaving who Reeves appeared with in The Matrix) and Brigette Lundy-Paine play their daughters, William Sadler reprises his role as Death, while Jillian Bell and Kristen Schall co-star but not George Carlin who passed away in 2008. It’s directed by Dean Parisot whose last feature film was Bruce Willis starrer Red 2 but has helmed mostly TV series since. Chris Matheson and Ed Soloman are on writing detail which is no bad thing as they wrote the first two films & Solomon is working on sequel, ‘Now You See Me 3‘

The trailer doesn’t give too much away and at no point does Keanu say, ‘I know Kung Fu!’ or single handedly slaughter an army of marauding assassins. Alex Winter has mostly been doing voice overs and directing for the last ten years and this will see him return to leading roles. Depending on how bad the Covid 19 pandemic is we should see the film on August 19th 2020.

Here’s the Bill and Ted Face the Music trailer…….