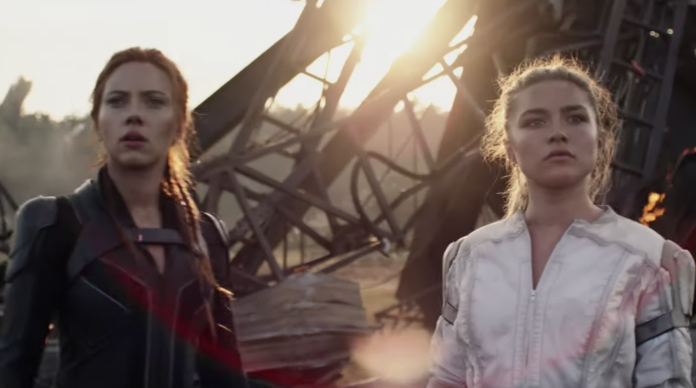 By now we would have seen Black Widow but obviously the Kung Flu pandemic had other ideas and like so many blockbusters its been postponed to November this year. But recently director  Cate Shortland has hinted at a Black Widow handover to Florence Pugh suggesting that the film might serve as a launchpad for her successor to the Black Widow moniker – Florence Pugh’s Yelena Belova. Black Widow is set between the events of “Captain America: Civil War” and “Avengers: Infinity War,” and gives Natasha one last big screen outing after…….SPOILER ALERT………the character’s demise in “Avengers: Endgame”. About a Black Widow handover Shortland revealed that Marvel’s Kevin Feige deliberately didn’t want a run of the mill prequel origin story saying…..

“[Kevin Feige] realized that the audience would expect an origin story so, of course, we went in the opposite direction. And we didn’t know how great Florence Pugh would be. We knew she would be great, but we didn’t know how great. Scarlett is so gracious, like, ‘Oh, I’m handing her the baton.’ So it’s going to propel another female storyline.”

By the sound of it that suggests that Pugh’s character, a sister-figure to Natasha, will eventually take on the title similar to Anthony Mackie’s Sam Wilson taking over the Captain America mantle. The director then went on to talk about Natasha’s death in ‘Endgame’:

“In Endgame, the fans were upset that Natasha did not have a funeral. Whereas Scarlett, when I spoke to her about it, said Natasha wouldn’t have wanted a funeral. She’s too private, and anyway, people don’t really know who she is. So what we did in this film was allow the ending to be the grief the individuals felt, rather than a big public outpouring. I think that’s a fitting ending for her.”

We’re fans of Florence Pugh having had three decent films over the past 18 months – Fighting with my Family, Midsommar and Little Women so cant wait to see her in an action film.