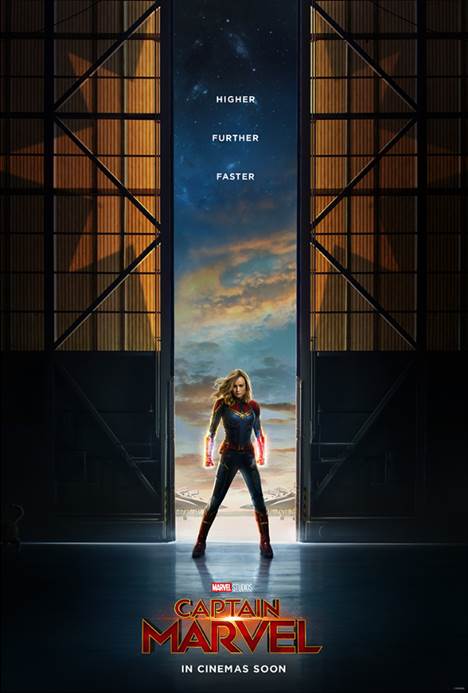 Oscar-winner Brie Larson stars as Carol Danvers, a pilot with superhuman powers who gets caught up in the middle of a galactic war between two alien races. Samuel L. Jackson and Clark Gregg reprise their roles of Nick Fury and Phil Coulson (who here has benefitted from  digital de-aging), while “Guardians of the Galaxy” actors Lee Pace and Djimon Hounsou also reprise their roles.

Anna Boden and Ryan Fleck direct from a script by Meg LeFauve with the film set for a March 8th 2019 release. For Boden this is a massive leap up from the usual TV fare and low budget indy films she has made in the past and Fleck has co directed many of these with her. The teaming of two directors is not unusual for Marvel who have had huge success with Anthony and Joe Russo heading up the Avengers films which have made ..well… billions. Let’s hope this latest pairing doesn’t prove to be the disaster that Phil Miller and Chris Lord proved on Solo which ended with them being very publicly sacked.

Marvel are now celebrating ten years of their films and its rumoured that all are going to be re-released on IMAX as a celebration of the anniversary.