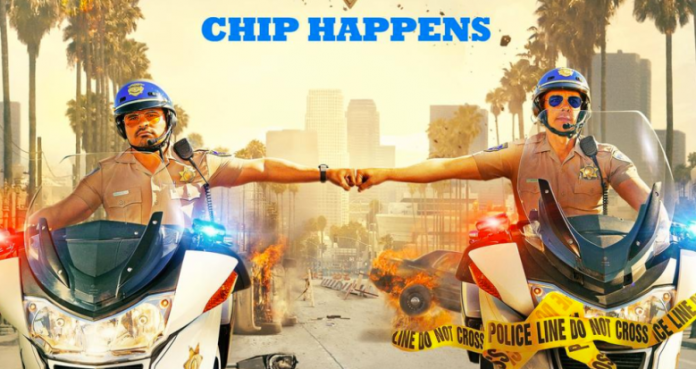 Those of us old enough to remember imported US TV tat on Saturday tea time will have memories of ‘The A Team’ but also running around the same time was ‘CHiPs’ – Californian Highway (i) Patrol about a pair of motorcycle cops, one white, one South American fighting criminals whilst straddling their choppers (‘stop it’ – Ed). Thankfully they never made a TV of Californian Response Armed Patrol (‘you’re fired!’ – Ed)

This looks like its taking the comedy action path and looks decent enough.