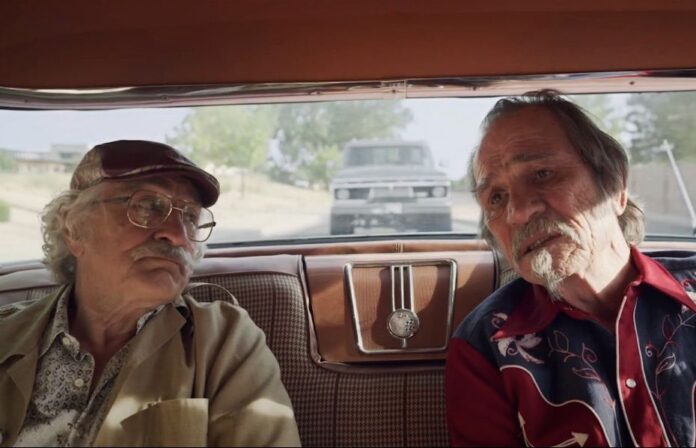 A little while ago we told you HERE about a new film going into production with the top casting of Robert De Niro, Morgan Freeman & Tommy Lee Jones. Well now we have a first look at the film with The Comeback Trail trailer which co-stars Eddie Griffin, Emile Hirsch and Zach Braff.

The film is based on Harry Hurwitz’s 1982 film of the same name and set in 1974 in Los Angeles with Robert De Niro playing a disheveled down at heel Hollywood producer Max Barber in debt to the mob. In order to get a mobster (Morgan Freeman) off his back he decides to make a Western starring the washed-up Duke Montana (Tommy Lee Jones). The plan being to ‘accidentally’ kill him during an on set stunt and then collect a huge pay out on the life insurance. All should go fine except for one glitch Duke appears to be indestructible surviving all manner of planned mishaps on the film set which include plunging into a huge canyon and being engulfed in flames amongst other intended fatal ‘accidents’.

George Gallo directs from a script he wrote with Josh Posner. De Niro seems to be doing a lot of comedies at the moment with the trailer for The War with Grandpa out a few weeks ago and now The Comeback Trail trailer looks like it could be good fun too. The last time De Niro worked with director Gallo was all the way back in 1988 on the actors first comedy Midnight Run and remains one of his best films on that genre so we are hoping that we can see more of the same magic here especially with such a great trio of actors.

The film opens in the US on November 13th with a UK date to be confirmed.