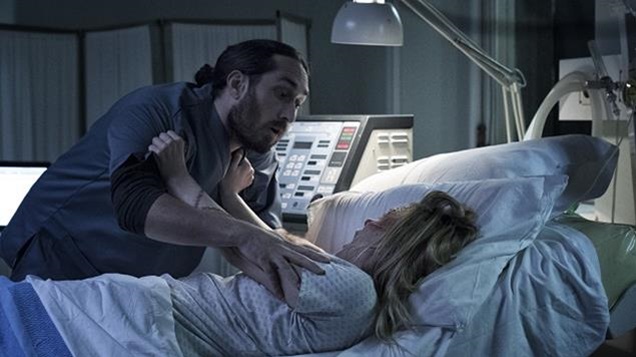 Geordie stream of consciousness comedian Ross Noble has amassed a huge following for his stand up work but did you know that he’s made  several films all of which have been anything but funny having all been in the horror genre.

2012 saw himas a killer clown in ‘Stitches’, 2015 saw him in ‘The Circle’ about four arhaeology student who unearth…we’ll let you find out …and next year will,see him his third horror film, ‘Nails’.  As well as Noble ti will also star Shauna Macdonald (The Descent), Steve Wall (Vikings) and Richard Foster-King star in writer-director Dennis Bartok’s story of a paralyzed woman, trapped inside her own body, who becomes convinced she is being stalked by a malevolent spirit in her hospital room.

The feature is from the producers of The Hallow and Let Us Prey and will be released in the UK in early summer 2017.