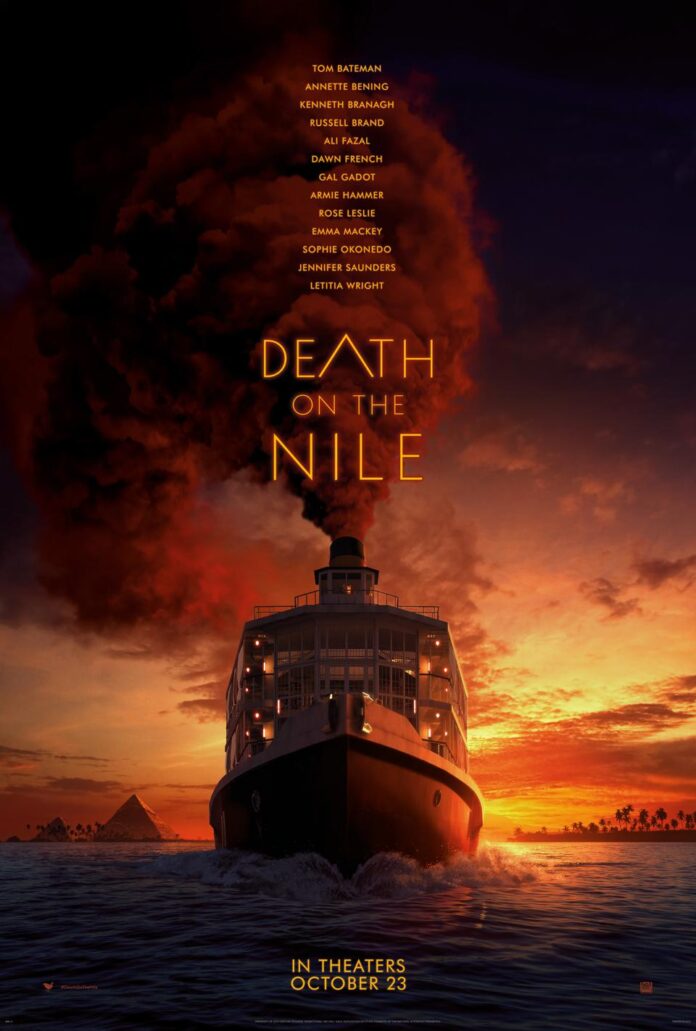 With one of the most outrageous moustaches to grace the cinema screen actor-director Kenneth Branagh bought back Agatha Christie’s master detective Hercule Poirot in ‘Murder on the Orient Express‘ (see Branagh and cast at the World Premiere HERE). the all star version earned $352m so a follow is now almost upon us with the release of the Death on the Nile trailer. Rumour has it that the budget for this was significantly larger.

The first trailer and poster from 20th Century Studios’ (20th Century Fox is no more since Disney bought the studio) of  “Death on the Nile” has arrived with its all star cast as we revealed HERE. In “Death on the Nile,” Poirot’s Egyptian adventure aboard a glamorous river steamer descends into a terrifying search for a murderer when an idyllic honeymoon is shattered by violent deaths. A sinister tale of obsessive love and its murderous consequences plays out in an epic landscape of danger and foreboding.

If you saw Murder on the orient Express you might remember that this follow up film was hinted at with one character telling Poirot that there had been ‘a death on the Nile’.  The film is adapted once again by Michael Green who did Orient Express and wrote The call of the Wild out earlier this year that starred Harrison Ford (to give him his due he also wrote Logan, Blade Runner 2049 and Alien Covenant). Gal Gadot features heavily in this Death on the Nile trailer and thankfully at no point does she relive her instagram embarrassment and start singing Imagine. What we’re most intrigued by is the glimpses of comedy duo French and Saunders in the Death on the Nile trailer….keen to see whether they play it for laughs or not

Here’s the Death on the Nile trailer…….