With the furore over Harvey Weinstein rumbling on it’s swept up Tarantino recently with regard to his behaviour on the Kill Bill set with Uma Thurman resulting in her doing a stunt where she sustained an ongoing injury. The ramifications for this allegedly had Sony pictures reconsidering their financing and distribution of his ninth and possibly penultimate film.

Secondly is the casting of the second lead male. Rumours abounded that, amongst others, Tom Cruise was in the running but it’s now confirmed that it will be Brad Pitt who will join Leonardo DiCaprio.

‘Once Upon a time in Hollywood’ is set in  Los Angeles in 1969 where DiCaprio will play a former western TV series star named Rick Dalton and Brad Pitt will appear as his longtime stunt double Cliff Booth. The actor and his stunt double are struggling to be stars in a Hollywood that as far as the are concerned has changed out of all recognition.

The controversy surrounding the rumoured involvement of the Manson murders appears to centre around Rick who is the next door neigbour of Roman Polanski’s wife, the late Sharon Tate, who would be brutally murdered by Manson’s lunatic acolyte’s.

Tarantino has put out a statement saying: “I’ve been working on this script for five years, as well as living in Los Angeles County most of my life, including in 1969, when I was 7 years old. I’m very excited to tell this story of an L.A., and a Hollywood that don’t exist anymore. And I couldn’t be happier about the dynamic teaming of DiCaprio & Pitt as Rick & Cliff.”

A Tarantino film is always an event and ‘Once Upon a time in Hollywood’ will be released worldwide on August 9th 2019, the 50th anniversary of the day that the Manson family committed the LaBianca murders and the day after Tate was killed. 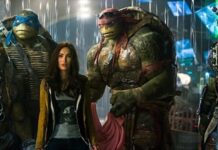 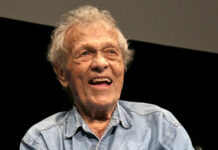