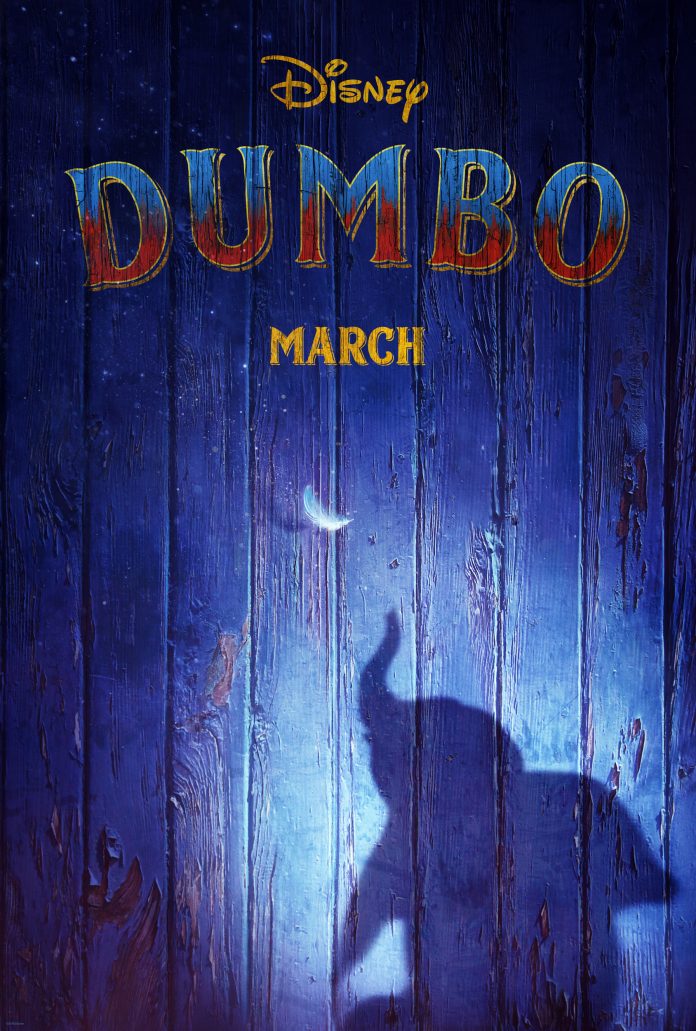 With Disney now making a fortune from live action versions of their animated classics they have just released their Dumbo trailer their fantastic 1941 film.

Originally Will Smith was slated to star though rumors that his jug ears were going to land him the lead role remain unfounded. Instead Dumbo inevitably will be a CGI creation but the rest of the cast is pretty star studded with the Dumbo trailer giving us glimpses of Colin Farrell, Michael Keaton (The Founder), Danny DeVito (Wiener Dog), Eva Green & Alan Arkin. Perhaps best of all is that Tim Burton is directing who has found his form again with Big Eyes, Miss Peregrines Home for Peculiar Children & Frankenweenie after the dull and dreary Dark Shadows. The Dumbo trailer suggests that this might not be his usual gothic indulgences but there is a quick glance at the classic and frankly trippy Pink Elephants on parade sequence. Even better is the song that plays throughout the entire Dumbo trailer, ‘Baby Mine’, which never fails to leave a dry eye in the house or in our Editors case, a dry seat, but only because he’s usually had 12 pints of strong lager before hand (‘You’re Fired!’ – Ed). Quite how they pull off the moments where Dumbo flies is only briefly seen.

Disney live action versions of their animated films have done huge business with The Jungle Book making $966m, Cinderella making $543m, Maleficent (admitedly more of a spin off from Sleeping Beauty) making $758m and Beauty and the Beast making an immense $1,263 billion. Its hardly surprising that the studio are pushing ahead with other classic films in their animated back catalogue with The Lion King already shooting and Aladdin which is being directed by Guy Ritchie who must be hoping it does better than King Arthur.