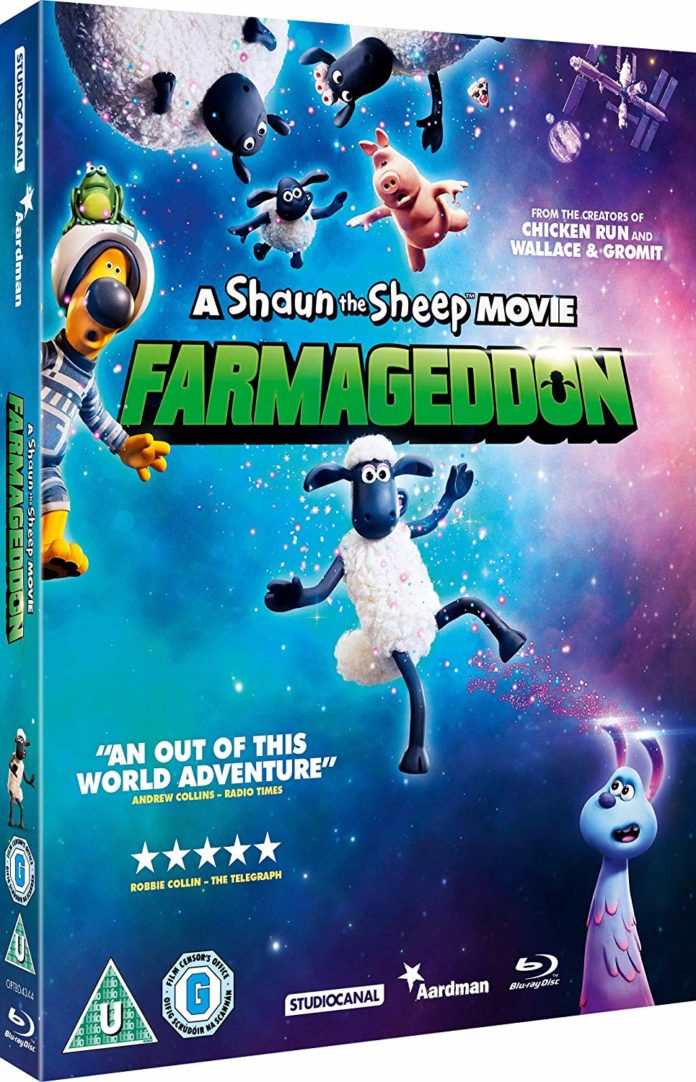 When the genius’ at Aardman Animations made a Shaun the Sheep movie in 2015 it made a huge $106m and with the TV series still massively popular we now have a follow up film titled, ‘ Farmageddon ’ (it’s also the title of a documentary about how we get cheap meat but that’s far from kid friendly). Shaun and his sheep are down on the farm and up to mischief without drawing the attention of Farmer Jon’s dog, Bitzer.  At the same time a cute floppy earred alien called Lu-La crashes her spaceship on Mossy Bottom farm where a sinister organisation are in pursuit as they try to locate her.  It’s all very E.T.  and that’s no bad thing where Elliot the boy is now Shaun, a sheep, who along with his farmyard friends endeavour to get the intergalactic visitor home.

Like the best of children’s films the Farmageddon dvd has something for both kids and adults alike and this is typically Aardman-esque with its love of groan inducing puns and visual gags-a-plenty. But there’s far more to the Farmageddon  dvd than first appears and it rewards multiple viewings, as young children will inevitably want to watch this again and again and there are jokes and references that will delight sci-fi fans as it takes in references to War of the Worlds, Close Encounters, Hitchhikers Guide to the Galaxy, 2001 and there’s even a cameo from Chicken Run’s Rocky the Rooster.

The Shaun the Sheep Farmageddon dvd / blu ray disc is a decent one aimed squarely at kids with featurettes on how to draw both Lu-La and Shaun as well as how to make painted Easter eggs and perhaps more worryingly for parents, a ‘How to make Lu-La slime’ feature. Added to this are short features about 25 years of Shaun the Sheep (no, we can’t believe he’s been around that long either) as well as a ‘Making of Farmageddon’ which gives future animators an insight into how much work goes into these films. Farmageddon is a great little disc ideal for the fast approaching half term holiday.