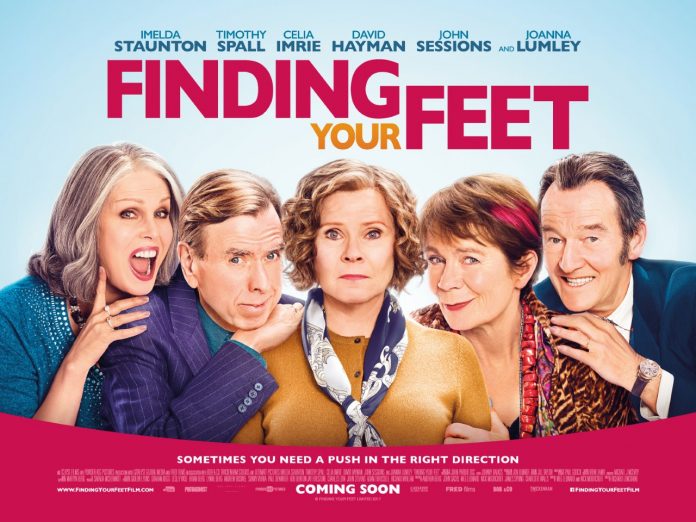 With the Editor in such a state most Saturday mornings that he couldn’t find his backside with both hands he’s mistaken the title of this great new British feel good film as some sort of self help hangover recovery guide.

What its actually about is when ‘Lady’ Sandra Abbott (Imelda Staunton) discovers that her husband of forty years is having an affair with her best friend, she seeks refuge with her estranged, bohemian, older sister Bif (Celia Imrie). Sandra couldn’t be more different to her outspoken, serial dating, free spirited sibling.

But it turns out different is just what Sandra needs and she reluctantly lets Bif drag her along to her community dance class, where gradually she starts finding her feet… and romance.

This looks an uplifting film for the dark winter months and we love the cast. Film  is released in October.