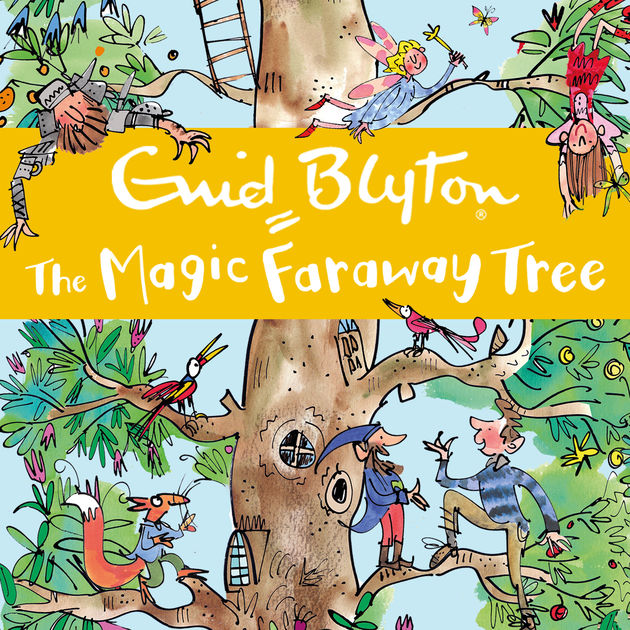 With the huge success of Paddington 2 in the UK and with more expected when it opens in the US in January 2018 the film makers are looking to the next classic children’s stories to adapt for the big screen and eyes have fallen upon the books of Enid Blyton. Surprisingly its not her Famous Five books which are still reeling from the merciless lampooning by the comic strip over 30 year ago but the MAGIC FARAWAY TREE books and the books will be adapted by Simon Farnaby who co-wrote Paddington 2.

Each story takes place in the enchanted wood in which THE MAGIC FARAWAY TREE grows – tall enough to reach the clouds and large enough to contain small houses. At the top of the tree is an ever-rotating series of fantastic worlds, everything from the Land of Birthdays to the Land of Topsy-Turvy. Discovered by our child heroes, the tree and wood provide the background to their adventures.

Writer Simon Farnaby comments: “The Magic Faraway Tree books are a firework display of the imagination. The pages are lit up with wonderful characters, humour, peril and adventure.  Most homes have a well worn jam fingerprinted volume somewhere on their shelves.  I’m very much looking forward to bringing the likes of the Old Saucepan Man and Dame Washalot to the big screen for fans both old and new.

Early days yet so it will be quite some while before we see any footage.