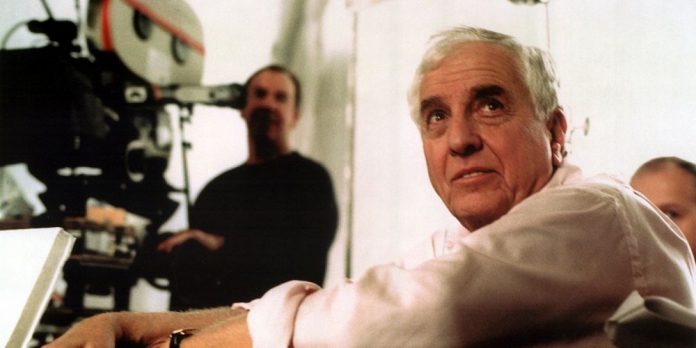 He may not have been a household name but Garry Marshall’s contribution to entertainment as a writer and director was huge in a career that spanned over 50 years.

Born in New York in 1934 he grew up in the Bronx and studied journalism before working for the New York Daily News but by the 1960’s he was growing bored with it he started writing jokes selling them to comedians and ended writing for The Tonight Show. His writing partner was Jerry Belson and together they wrote some of the most popular TV comedies of the decade including The Lucy Show and The Dick van Dyke show. He was prolific and went on to create Happy Days which ran for 10 years as well as its spin off,  Laverne & Shirley and Mork and Mindy starring a relatively unknown actor Robin Williams. It was estimated that by the end of his TV career he’d written over 1000 television sitcom  scripts.

By 1984 he turned his attention to the big screen,  writing and directing 1984’s The Flamingo Kid with Matt Dillon followed by 1987’s Over board with real life couple Goldie Hawn and Kurt Russell and the tearjerker Beaches the following year. He was on a roll and in 1990 wrote and directed the biggest film of his career, ‘Pretty Woman’  which turned mega mouthed Julia Roberts into a star and nine years later he teamed her up again with Richard Gere for the, almost as successful, sequel Runaway Bride.

His other films included the ensemble pieces, ‘Valentine’s Day’, ‘New Years Eve’ & this years, ‘Mothers Day’.  He was also behind The Princess Diaries films which were in the early stages of adding a third film to the franchise.

He seemed to have no enemies and was loved and revered by all that he worked with many crediting him for their success including Ron Howard and Henry Winkler. Despite all his success he lived by the simple mantra, ‘Life is more important than show business’.

Suffering from complications of pneumonia after a stroke he died in a Californian hospital surrounded by his wife and their 3 children.  He was  81.