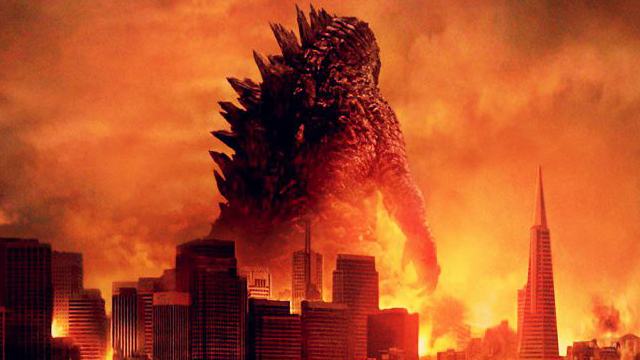 With a new King Kong movie out next year and rumours that it will lead to a monster mash up in 2020 where the giant ape takes on the large lizard we thought we’d have a look at what is happening with the Godzilla sequel.

It seems that Michael Dougherty and Zach Shields, the writers of last years Christmas monster movie ‘Krampus’ will be writing second ‘Godzilla’ for Legendary Pictures and Warner Bros. Pictures and will be a part of a team of writers room involved in the Godzilla-King Kong universe. Dougherty was involved in the writing ‘Superman Returns’ and X-men 2′ and directed ‘Krampus’ and ‘Trick r Treat’ too both of which are now cult hits. It now seems that he may possibly be directing the film too sidelining first film’s director Gareth Edwards who was previously attached to direct. In fairness Edwards is probably a little tied up in putting the final touches to the new Star Wars film , Rogue One, which is out at Christmas this year. It’s not official yet and is apparently dependent upon the screenplay. Whether any of Edwards’ original ideas for “Godzilla 2” which reportedly featured Mechagodzilla, a weapon created by man to defend the world from from the legendary lizard will be used are not known at present.