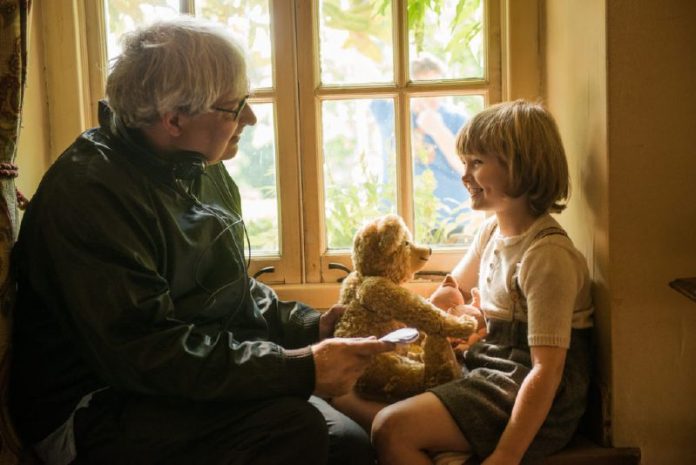 As well as being a beautifully told origin story of one of the most iconic characters in children’s literature, ‘Goodbye Christopher Robin’ is also full of modern resonances, exploring topics as diverse as PTSD, post natal depression and the perils of celebrity as the Milne family are pushed into the limelight following the book’s unprecedented popularity. Exquisitely filmed against the backdrop of an idyllic England, it is a moving, charming and compelling film, graced with a superb performance by young Will Tilson, in his feature film debut, as Christopher Robin.

With Goodbye Christopher Robin now out on dvd &blu ray we thought we’d have a chat with young Tilson and director Simon Curtis about casting the role, the toughest scenes to shoot and the key theme behind the story. 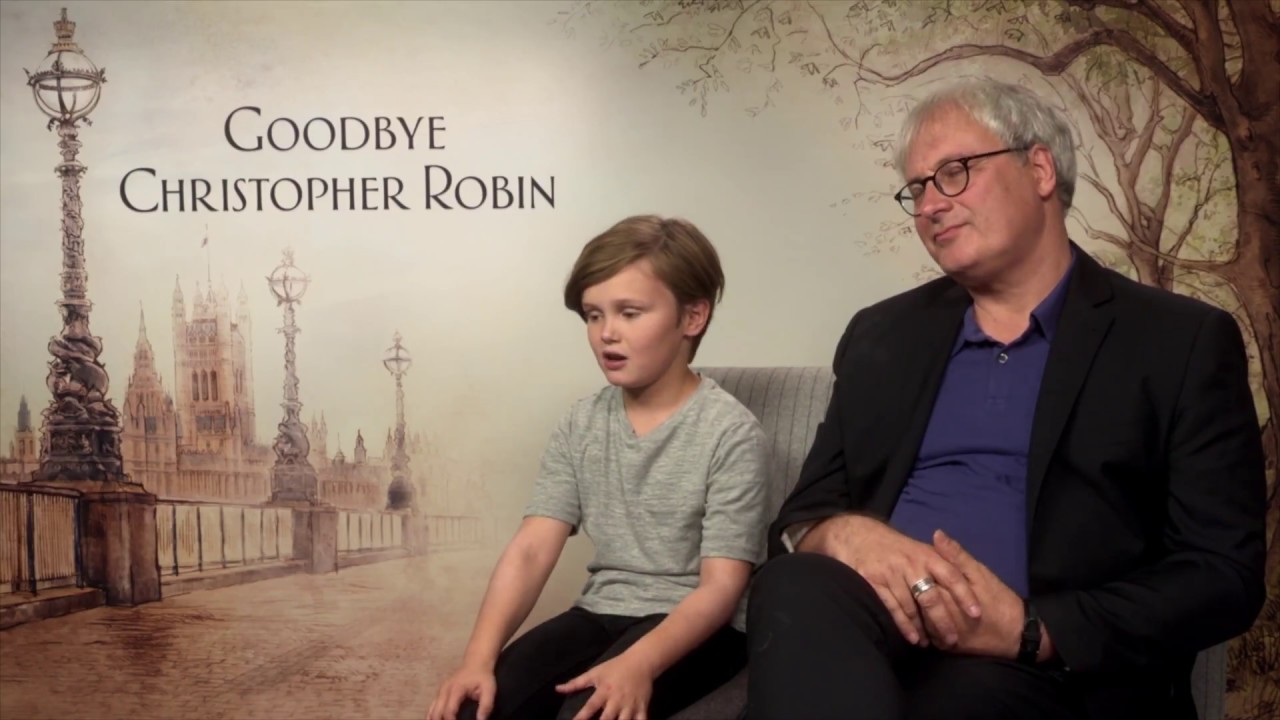 What did you have to do for the audition?

Will Tilson: It was over a year ago. I joined this agency who asked me to audition for Goodbye Christopher Robin. I went into London in a small little booth where they asked me three or four questions; my name, age, date of birth. I thought I didn’t have a chance because it was under two minutes. So I went back to school but then they asked me to come back again. That went on again and again till I got to the last audition where I met Domhnall. That was pretty amazing meeting Domhnall.  Summer came and I went off. And they told me I got the part.

Simon Curtis: Studios are funny. You have got to cast proper actors in all the main parts but they take for granted that you are going to find a boy. And I wasn’t at all sure because it is the make or break of this film. Also you cast the boy and you are not sure the journey you are going to go on: are they going to freak out about the pressure and so on. But Will is a very magical kid.

Did you read Winnie the Pooh when you were young?

Will Tilson: I absolutely loved the Winnie the Pooh stories when I was younger. I read the stories. I watched the Disney movies. I have a cat called Tiggy, which used to be Tigger, but I changed it.

How did you feel about Christopher Robin?

Will Tilson: It is a very sad how his father didn’t understand what was wrong with Christopher Robin. He thought he was having the time of his life. In the end, he never asked to be famous. He was pushed and pushed and pushed to all of this fame and the baseline of the story is how his and his father’s relationship got confused with fame and how by sacrificing one childhood, many others became better.

Simon Curtis: What can I add to that? He nails it. It wasn’t A.A. Milne’s real fault because he didn’t know it would happen so quickly. Nobody had been a celebrity like that before and he couldn’t have predicted the fame of the books. To be fair to the Milne’s, it was a voyage into the unknown.

How did you find a bond with Domhnall Gleeson?

Will Tilson: It wasn’t like we were making a bond. It was more like we had a bond. I really enjoyed the presence of Domhnall, Margot, Kelly and Simon. It was just amazing having them all there. I hope to do more movies but it was a good first movie because the cast were so nice and everyone was really helping me. Domhnall’s really good with children and Simon has worked with Daniel Radcliffe, which was just amazing. I hope I’ll be as successful as Daniel Radcliffe.

What was the most fun thing to shoot on ‘Goodbye Christopher Robin’?

And what was the toughest thing to film?

Will Tilson: Probably the bath scene if I’m honest. I had shorts on.

Simon Curtis: We had a closed set.

Will Tilson: But it was all a bit weird for my first film. I was only in the bath for a minute. I wouldn’t say it was very hard but I loved climbing the tree. There was a snow scene — it was such a beautiful scene — and it could get into your eyes.

Simon Curtis: That was a difficult day.

What was the challenge of playing Christopher Robin?

Will Tilson: To be able to change emotions really quickly. He had two different personalities. You would have to change them very quickly because he was a quick-tempered boy. I don’t suppose he was angry all the time but he could be sad but also joyful. In the breakfast scene, he would be sad and angry at Noo (his nanny played by Kelly Macdonald) but his father would cheer him up. And he would be happy again.

Simon, how did you go about directing Will?

Simon Curtis: I was very aware when you say cut, everyone descends on the actors. I would hate it when someone from make up would come up to Will and say, “I love the way you said that line,” because I thought that would make him self conscious. So if anything giving him space was an important thing. My mother saw the film and saw Will crying looking for Noo. She said, ‘Does he know he is pretending.’ That’s a tribute to how good his acting was.

Will, how did you feel about ‘20s clothing and hairstyles?

Will Tilson: It was really different. Clothes were comfortable. I suppose I wouldn’t like to wear them all the time in public. Because it was so strict back then everything had to be really tight. So there was a collar that had to be very tight because it was for school but I suppose that is the movie life. I didn’t mind the haircut. I could pin it back but I am happy with it now. 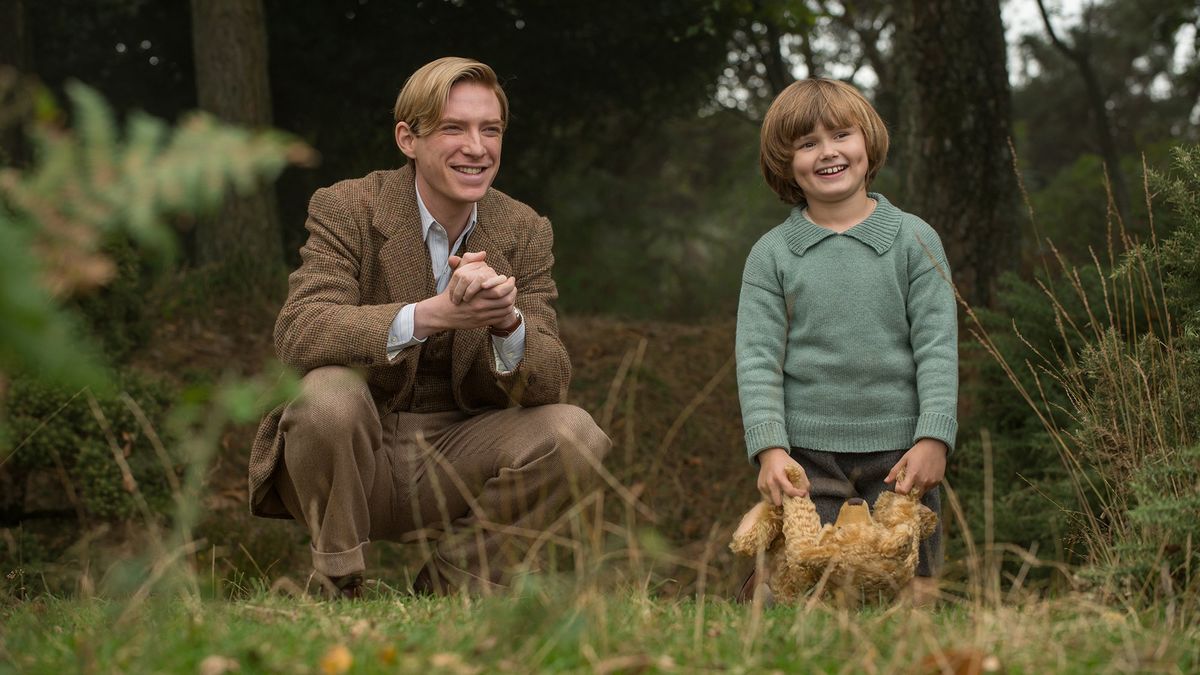 Simon, for you, what does the story say?

It is tragic but the books were created in this magical time, where a father fell in love with being a father. It’s by no means just a negative story. There’s very positive things. If I wanted people to take anything from this film it is pay attention to your family, you’ve got them for such a short amount of time. And as the nanny says, ‘You never know what happens next.’ So I think that is a very important theme. Seize the moment.