Landing on our desk is The Green Knight trailer starring Dev Patel and directed by David Lowery. Now Lowery may not be a well known name but his last three films have been a varied bunch of genres having included “A Ghost Story,” “Pete’s Dragon” and “The Old Man and the Gun” which is purportedly Robert Redford’s last film as an actor. We enjoyed all three films and The Green Knight trailer looks like yet another different genre he is tackling

A retelling of the medieval tale of ‘Sir Gawain and the Green Knight,’ the fantasy epic sees Patel playing the knight of King Arthur’s Round Table who accepts the challenge of beheading the Green Knight. He must wait a year and a day to receive a blow in return and frankly any man who has been married for any length of time will know exactly how that feels (‘You’re fired!‘ – Ed). 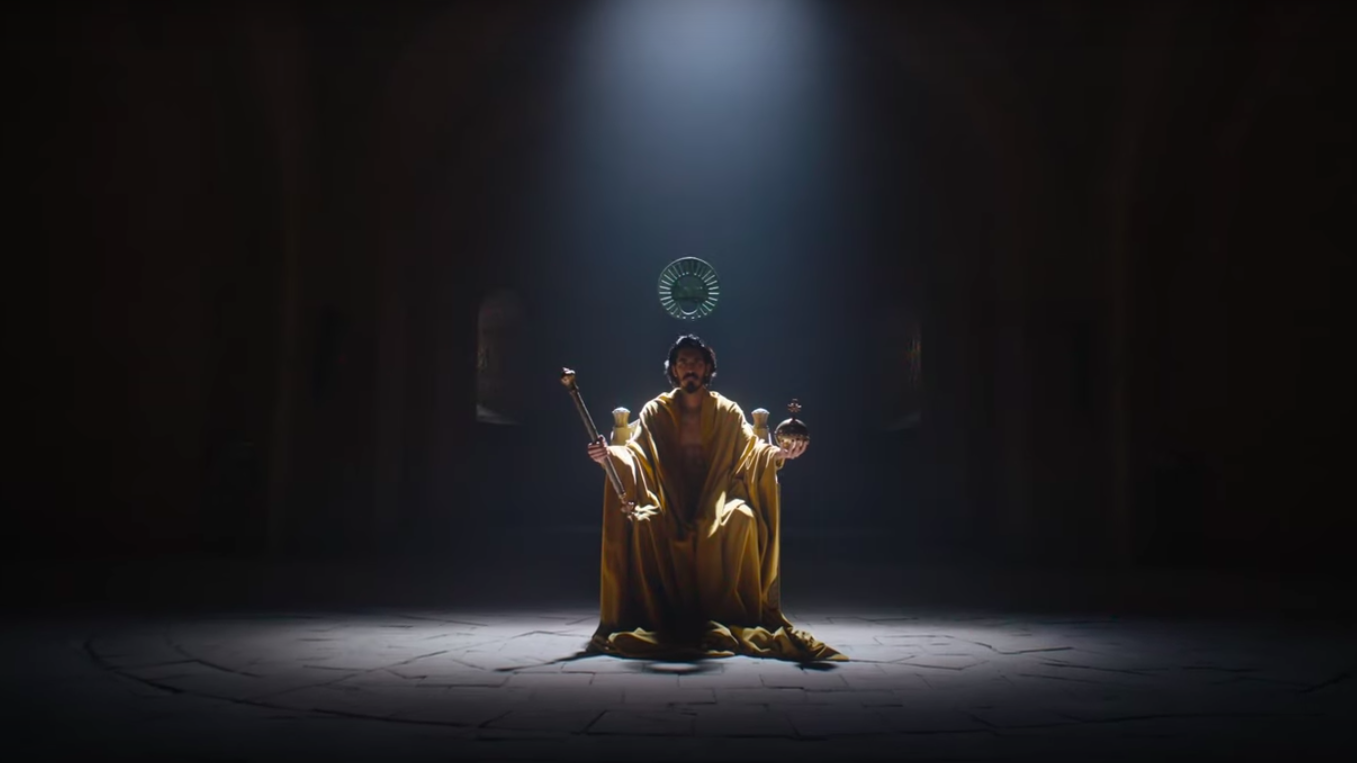 Now Arthurian legend films are notoriously troublesome at the box office  – you only have to look at Guy Ritchie’s ‘King Arthur : Legend of the Sword‘ to see that as it cost a whopping $175m and earned only $148m worldwide making it one of the costliest flops of 2017 (thankfully The Gentlemen was a return to form) Perhaps the best of these Arhurian films was John Boorman’s 1981 film, ‘Excalibur’  which was atmospheric and stunningly shot and remains a benchmark. Since then we had Sean Connery in 1984’s adaptation of, “Sword of the Valiant”.

The Green Knight trailer features Dev Patel on a roll after the critical success of Armando Iannucci’s  ‘The Personal History of David Copperfield‘ and also the true life retelling of the terrorist atrocity in, ‘Hotel Mumbai‘. His co stars are Alicia Vikander, Joel Edgerton and Barry Keoghan.

The Green Knight opens in the US on 29th May 2020 with a UK date to be confirmed.