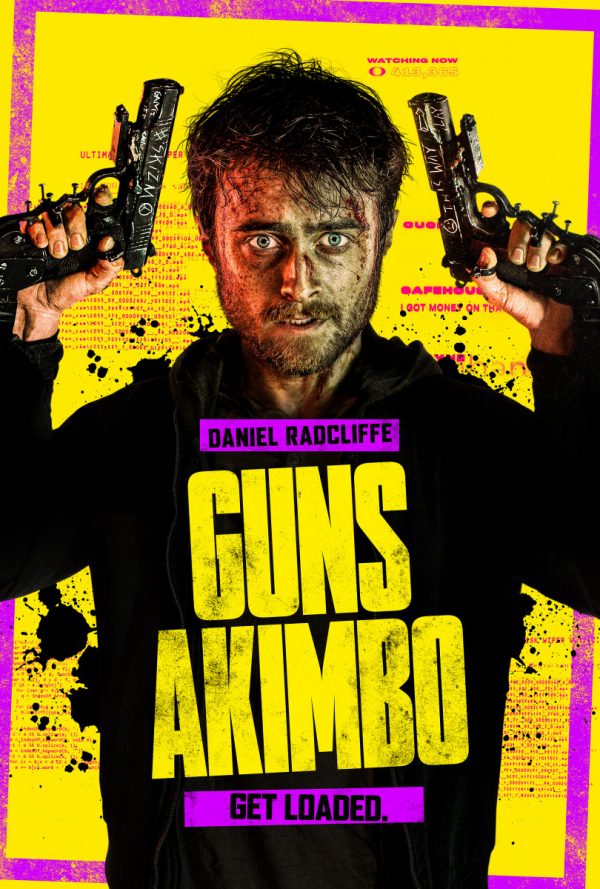 2011 saw the last of the Harry Potter films released and since then Daniel Radcliffe has done a whole load of movies in a bid to put the character behind him and the Guns Akimbo trailer is another role that is a world away from Potter world.

Writer – director  Jason Lei Howden’s darkly comedic sci-fi action Guns Akimbo trailer casts Radcliffe as Miles Harris, a nerdy game designer who becomes involved in SKIZM, an illegal death-match fight club streamed live to the public where he and his ex-girlfriends lives are on the line. Miles is stuck in a dead-end job, still in love with his ex-girlfriend Nova. Unbeknownst to him, a gang called Skizm is running a deadly competition within his city in which complete strangers fight to the death for the entertainment of an online audience of millions. Miles soon finds himself caught up in the game and forced to fight in a battle to the death. Initially, Miles’ lifetime of running from his problems pays off as he manages to elude his first opponent but when Nova is kidnapped, he must finally stop running and overcome his fears to fight for the girl he loves. 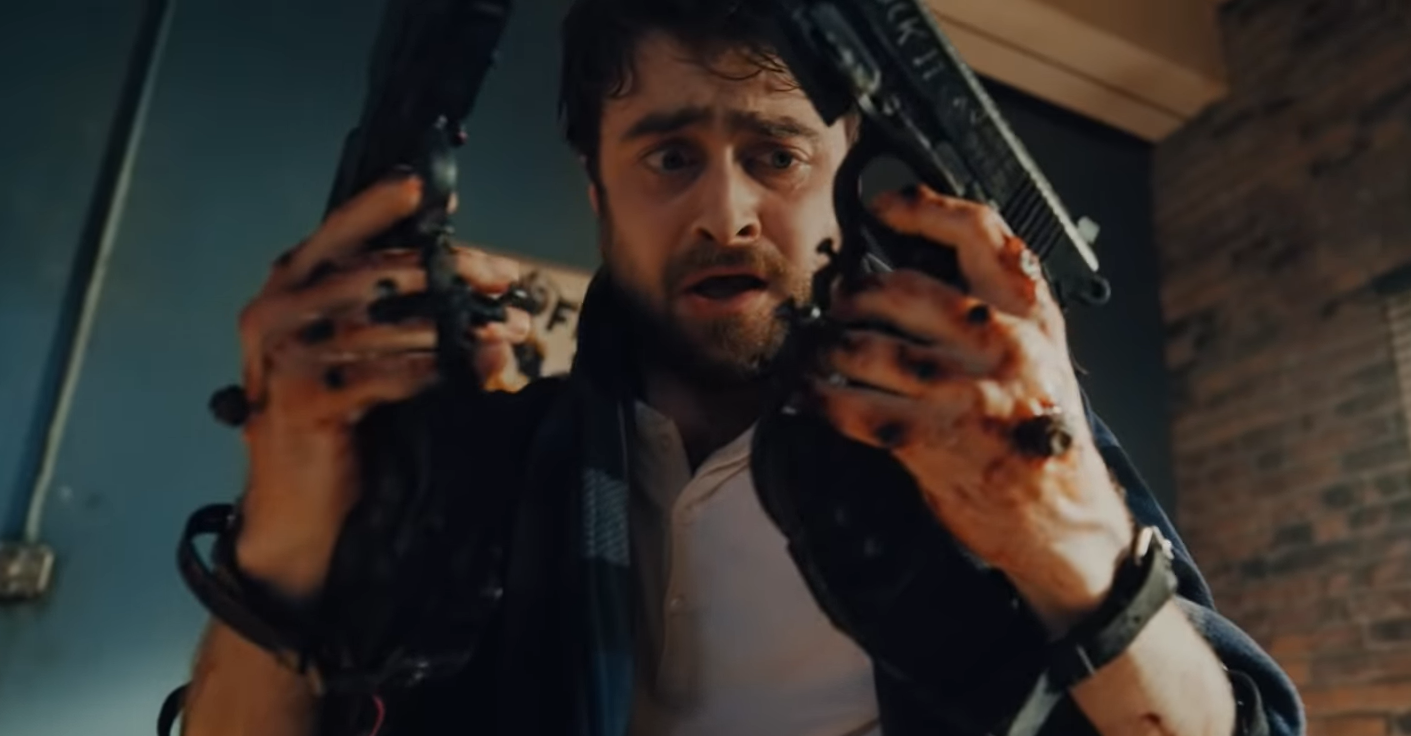 The twist here is that he’s had handguns bolted to his hands and the Guns Akimbo trailer plays up the comedy of the sheer impractibility of that as much as the gun centric action.

Samara Weaving, riding high on her lead role in Ready or Not, Natasha Liu Bordizzo, Ned Dennehy and Rhys Darby who is a great comedian but needs a decent comedy break- through role in a film also star in the film. Trailer looks like a Nerve / Shoot-Em Up hybrid but looks good fun.