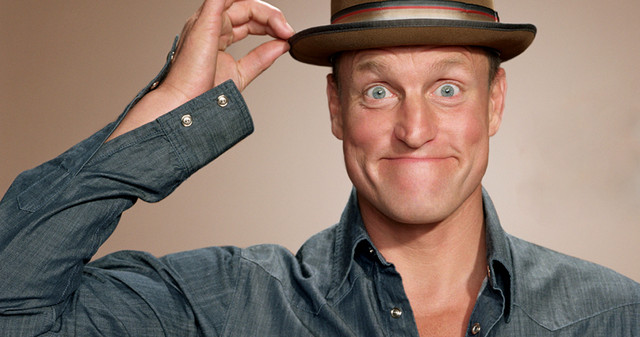 Woody Harrelson has a pretty eclectic body of work ranging from TV sit-com, ‘Cheers’ to Oliver Stone’s ‘Natural Born Killers’ and he looks great in the new trailer for ‘War for the Planet of the Apes’ film.

However we think he may have lost the plot with his next film which he is directing himself and will be his debut behind the camera. Entitled ‘Lost In London’, he plans to film in one take and also to broadcast it live in US cinemas!

He’s given an interview to Entertainment Weekly stating that the shoot will commence at 2am GMT in London on January 20 (January 19 in the US) and will last for 100 minutes which will be simultaneously broadcast to more than 550 cinema locations across the US.

Once shooting wraps, Harrelson will participate in a live Q&A. Based on real-life events, the film will star Harrelson playing himself as he struggles to get home to his family. As reported by numerous news outlets in June 2002, Harrelson spent a night in a London prison cell after partying in China White nightclub.

The film will also co-stars Owen Wilson and Willie Nelson.

I’ve always loved theatre and film and wanted to find the best way to merge the two.  When I decided to shoot this in real time I realized it wasn’t quite like true theatre because the one piece missing was a live audience. By broadcasting the film live as its being shot I hope to truly blend the excitement of live theater with the scale and scope of film,” commented Harrelson in a release.

In a short video, Harrelson says “No one’s ever shot a movie and live-broadcast it in cinemas at the same time. No one’s ever been that stupid, until now.” He adds that the film is based on “the worst night of his life”.

Quite how he expects to shoot live in central London in the early hours of a Friday morning and expect grouchy , uncooperative and often drunk crowds to behave themselves is anyone’s guess particularly if our Editor is staggering about trying to find a cab and spots the crew and thinks it might be his shot at film stardom before vomiting over an ‘A’ list Hollywood star – now that would be worth watching!