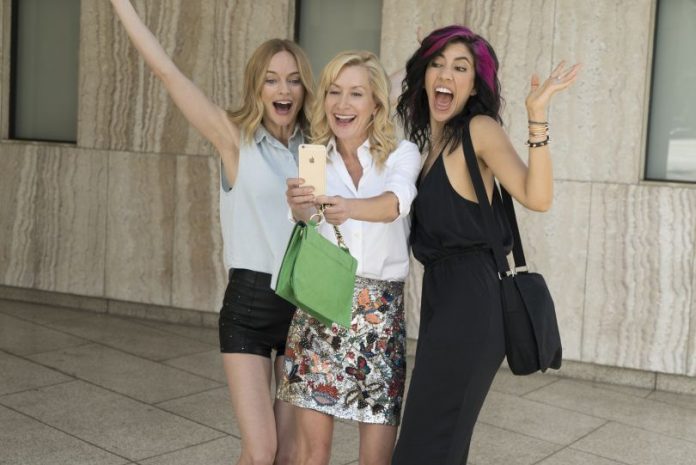 To us actress Heather Graham has always seemed on the cusp of making it really, REALLY big having appeared in such films as ‘Boogie Nights’, ‘Austin Powers: The Spy who Shagged me’, ‘Bowfinger’ & ‘The Hangover’. Unfortunately she was also in ‘The Guru’ possibly the worst comedy ever made.

She’s not had a great run of late but now she’s gone behind the camera to direct her first feature called, ‘Half Magic’ where she also stars alongside Angela Kinsey and Stephanie Beatriz in the satirical comedy about three women who fight against sexism, bad relationships and low self-esteem – and in the light of the Harvey Weinstein scandal this all seems a fittingly appropriate time for such a film.

The synopsis says……’These women are able to come together through their frustration over male dominance and in fact use their newly formed sisterhood to lean on each other and understand that they must first learn to love themselves before doing anything else.’

It opens in the US in February and looks like it’ll be a bit rude because the MPAA have rated it R for strong sexual content, nudity, language and drug use.