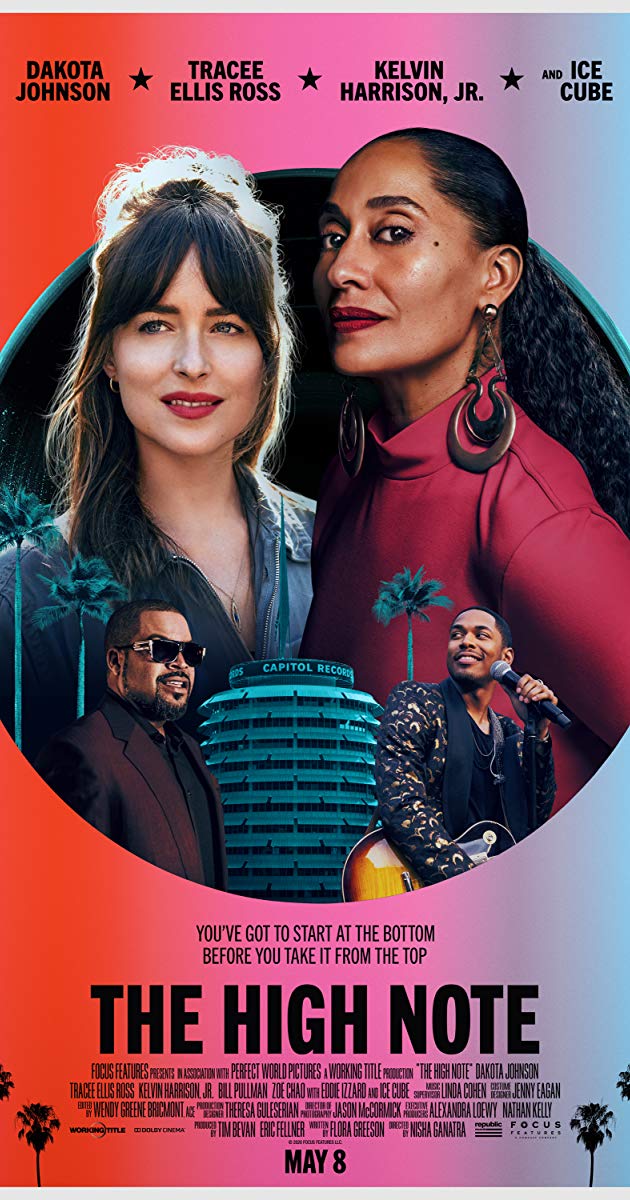 Now over the years we’ve been fortunate enough to have met a whole load of famous faces and our Deputy Editor especially has worked with even more. However it’s not all glam and some are exceptionally hard work as many of our friends in PR and on film sets will attest to so when The High Note trailer landed in our mailbox we were very interested in its story about a personal assistant to an egotistical superstar.

Set in the dazzling world of the LA music scene comes the story of Grace Davis (Tracee Ellis Ross), a superstar whose talent, and ego, have reached unbelievable heights. Maggie (Dakota Johnson) is Grace’s overworked personal assistant who’s stuck running errands, but still aspires to her childhood dream of becoming a music producer. When Grace’s manager (Ice Cube) presents her with a choice that could alter the course of her career, Maggie and Grace come up with a plan that could change their lives forever.

The High Note trailer is the latest in an increasingly lengthy line of films where women are playing major roles both in front and behind the camera and this is the first screenplay written by Flora Greeson that she’s had produced. It is directed by Nisha Ganatra who started out helming TV shows before going on to direct last years comedy, ‘Late Night’ starring Emma Thompson.  Tracee Ellis Ross is little known in the UK but has an extensive TV career in US shows and Dakota Johnson found fame with the unexpurgated adult breast fest that was the Fifty Shades films. What male roles that there are has an eclectic set of actors that includes Bill Pullman, Ice Cube and our own Eddie Izzard.