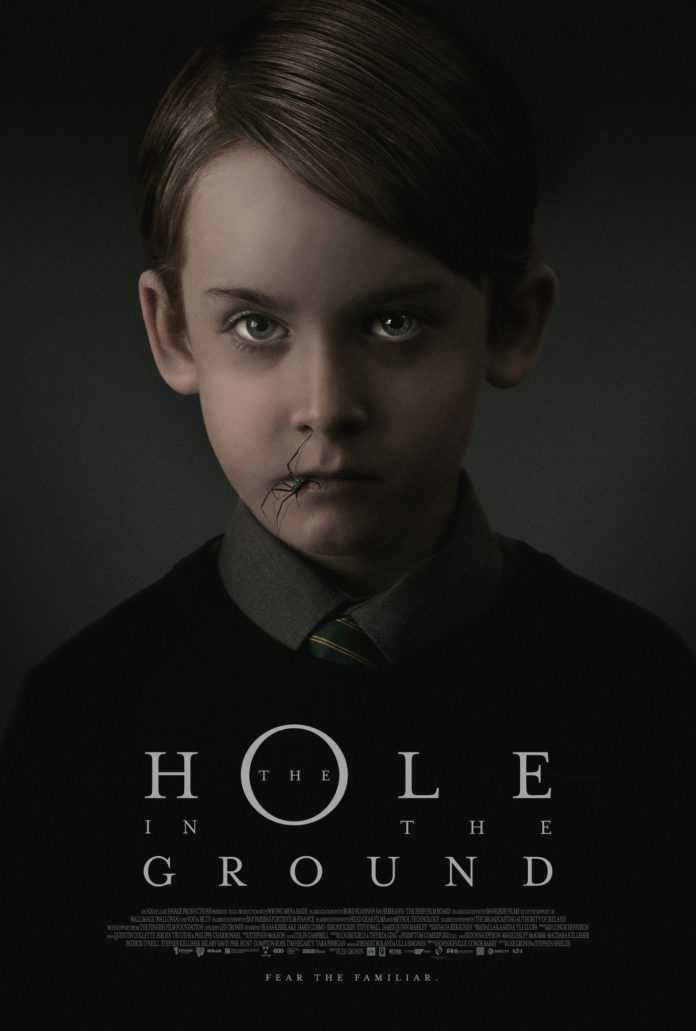 Anyone expecting Hole in the Ground to be about Tower Hamlets or, worse still, where Gemma Collins has been sitting on the beach is likely to be disappointed though not as disappointed as anyone who lives in Tower Hamlets but we digress. Hole in the Ground is a horror film based in Ireland with single mum Sarah (Seana Kerslake) and her son Chris (James Quinn Markey) a cherubic lad happy to play with his toys as his mother redecorates the hallway. The fact that she’s trying to peel wallpaper with a kitchen spatula is an indicator that she is familiar with DIY as Amanda Holden is with the concept of fidelity when she was married to Les Dennis.

Sarah’ s house is situated in a huge woods but it’s only at a friend’s dinner party that she hears the story of an elderly woman in the village suspected of bumping off her own son that hints at where this is all headed especially when they encounter the same woman wearing her nightdress and standing in the middle of the road at night. But it’s this apparently crazed loon who of a woman who puts the idea in Sarah’s head that Chris is not her son. It only adds fuel to the fire since she’s found him wandering around in the woods the previous night when she’s the first to admit that he’s not been the same. It all comes back to the Hole in the Ground which she almost fell down when she was out walking in the woods. It’s an impressive and brilliantly realized bit of CGI, a huge cavernous pit with its sides collapsing in on itself with the earth trickling down into the depths.

Lee Cronin’s directorial debut is a confident low key piece of horror making much of its Irish setting. He plays heavily on the vacuous look of a child’s blank face (and in that respect we can only presume that the child actor has studied Amanda Holden’s acting roles)  and the potential to read into it what you will. A dread filled soundtrack is on par with last year’s horror hit Hereditary and adds greatly to the atmosphere playing on a maternal fear of what their child might turn out to be yet prepared to do anything for them. Hole in the Ground is like a modern day update of Invasion of the Body Snatchers with Cronin playing on parental fears and at 90 minutes it doesn’t outstay its welcome.