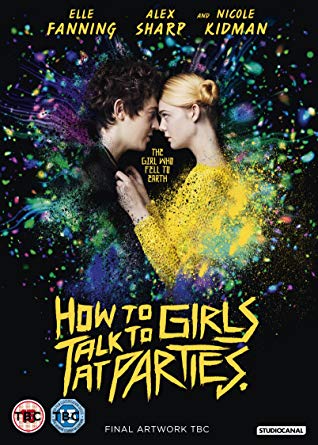 Unfortunately our Editor must have read an old unabridged version of HOW TO TALK TO GIRLS AT PARTIES employing the technique of staggering over to a girl, slurring some incomprehensible rubbish to her before vomiting in the poor girls handbag.

Mercifully the film HOW TO TALK TO GIRLS AT PARTIES is a funny and delightful genre mash-up that stars Tony Award winning Alex Sharp as a shy teenage punk rocker Enn living in suburban London teenager in 1977, sneaking out with his best friends to after-hours punk parties. One night they stumble upon a bizarre gathering of teenagers who seem like they are from another planet. In fact, they are from another planet, visiting Earth to complete a mysterious rite of passage. That doesn’t stop Enn from falling madly in love with Zan (Elle Fanning), a beautiful and rebellious alien teenager who, despite her allegiance to her strange colony, is fascinated by Enn. Together they embark on a delirious adventure through the kinetic punk rock world of 1970s London, inadvertently setting off a series of events that will lead to the ultimate showdown of punks vs. aliens and test the limits of how far each of them will go for true love. 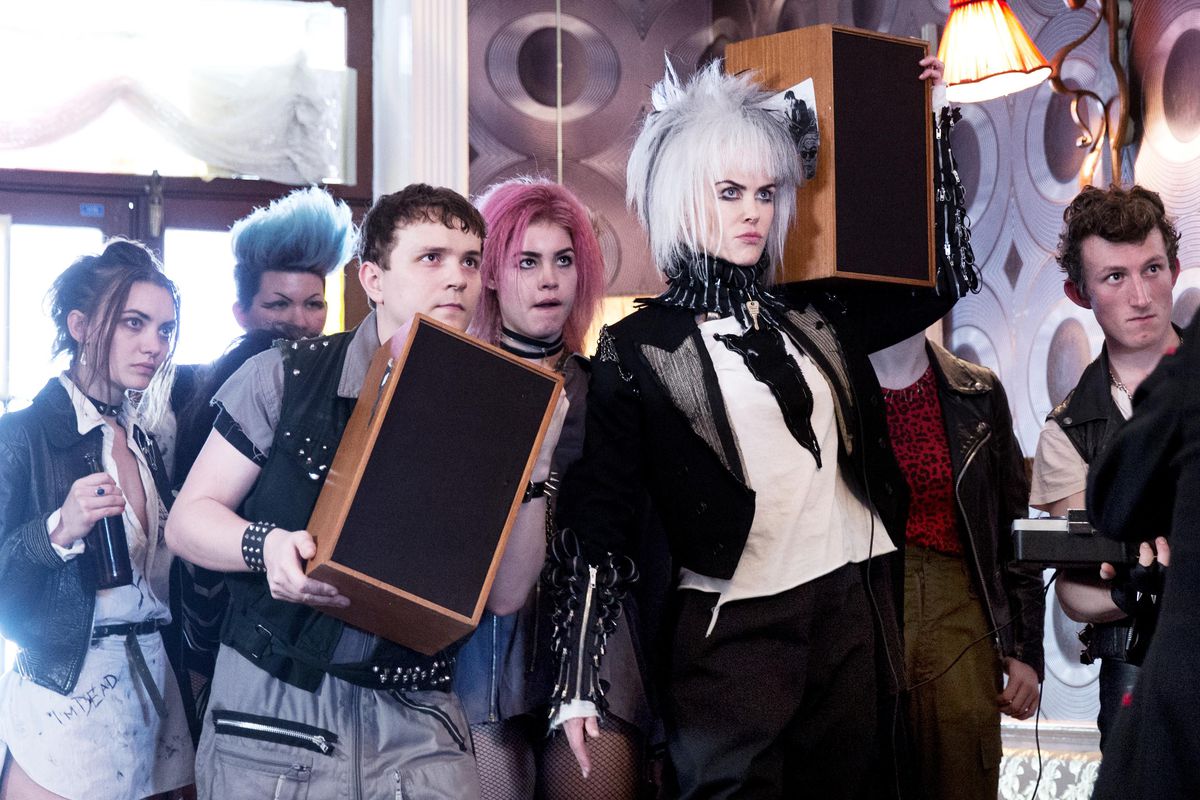 From the visionary minds of writer Neil Gaiman (American Gods,Stardust) and director John Cameron Mitchell (Hedwig and the Angry Inch) comes a story of the birth of punk, the exuberance of first love, and the universe’s greatest mystery of all in HOW TO TALK TO GIRLS AT PARTIES.

A great cast is rounded out by Ruth Wilson, Matt Lucas and Nicole Kidman.

We’ve got a copy of HOW TO TALK TO GIRLS AT PARTIES to win & all you have to do is:

Here’s the HOW TO TALK TO GIRLS AT PARTIES trailer…….