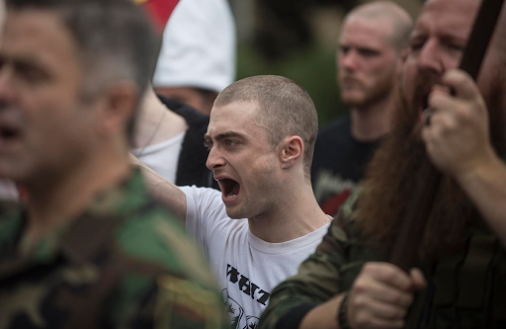 You’ve got to hand it to Daniel Radcliffe the projects he’s taken since Harry Potter are nothing if not diverse and he’s using his status to make makes film that ordinarily might have trouble getting funded without his involvement.

We met Daniel back last year just as he was about to jet off to the US to make ‘Imperium’ and he had his head shaved down to the wood to play an FBI undercover informant in a group of white supremicists. We found Mr Radcliffe to be great fun to chat to and he does seem to be choosing roles that are stretching him as an actor – he’s currently in ‘Now You See Me 2’ and his next film awaiting release is, ‘Swiss Army Man’ where he plays a flatulent corpse. It’s just been released in the US but no date fixed for the UK yet.

‘Imperium’ is released in the US August 19th and in the UK September 16th.