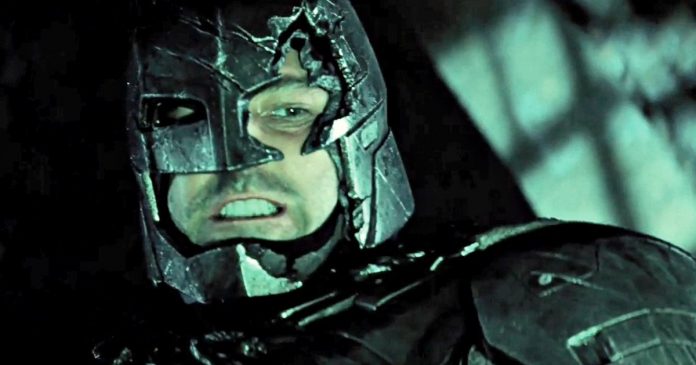 Despite Batman v Superman generally being disliked (though it still managed to make over $800m) Ben Affleck’s turn as the caped crusader was generally well received enough to let the studio offer him the directing reins on the next reboot of the standalone Batman films.

However it seems that he’s now turned down the gig preferring to appear only as the titular hero rather than direct the film also giving the reason,’“There are certain characters who hold a special place in the hearts of millions,” Affleck said in a statement on Monday. “Performing this role demands focus, passion and the very best performance I can give. It has become clear that I cannot do both jobs to the level they require.’ ……well quite, we remember Sir Laurence Olivier giving the same reason for turning down, ‘PacMan – The Movie’

The star will still play the Caped Crusader and produce and wants to bring “focus, passion and the very best performance I can give. Together with the studio, I have decided to find a partner in a director who will collaborate with me on this massive film. I am still in this, and we are making it, but we are currently looking for a director. I remain extremely committed to this project, and look forward to bringing this to life for fans around the world

Warner Bros said it stood by Affleck and it is understood the decision was mutual.

So the search for a new director begins. The film remains undated however it is a key part of the DC Entertainment pipeline but had been scheduled to start pre-production in the summer, although there has been talk of problems with the script that Affleck is writing with Geoff Johns.

Perhaps the fact that his recent film Live By Night that he both starred and directed only managed $10.3m at the US box office after six weekends has some bearing on his decision.