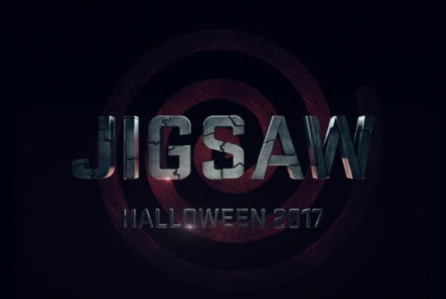 Director James Wan and actor/writer Leigh Whannell made their names with the ultra low budget horror ‘Saw’ which went on to make over $100m and spawn six sequels and owning the Halloween weekend when they were traditionally released. With each film struggling to maintain the original storyline it eventually and almost inevitably went off the rails and came to an end by 2010 where it seemed to have come to a natural conclusion. But Hollywood being Hollywood it was always going to come back in some form and sure enough we have another chapter about to be released called, ‘Jigsaw’.

Written by Pete Goldfinger & Josh Stolberg, who wrote the fantastic Piranha remake a few years ago, the film has been shot in ultra secret and little is known about it except that Tobin Bell returns.

Keeping up with tradition it opens at Halloween. Let the games begin.