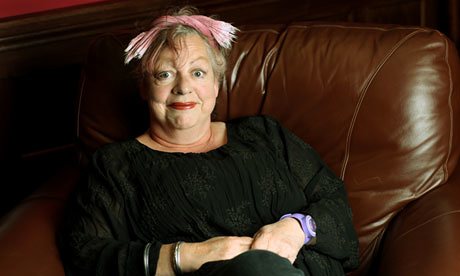 Jo brand was probably one of the first big name alternative stand up comedians to become a household name and has been around for 30 years or so having started in the mid eighties where she unfairly acquired the nickname of ‘the sea monster’ and being perceived as being a man hater whereas the truth is anything but having been married for almost 20 years. Having started her work life as a nurse in mental health she incorporated much of her experiences into her comedy work and is a patron of many mental health charities.

Having had success in both stand up and TV as well as books she is now to star in her first feature film ‘The More You Ignore Me’ based on her novel of the same name which has just begun shooting in Blackpool.  Directed by Keith English who makes his feature directorial debut with the film which is about a quirky family in 1980s rural England and inspired by the songs of The Smiths, The More You Ignore Me centres on a woman with mental health issues and her husband who struggle to provide a loving home for their awkward teenage daughter.

No news of a release date but expect it to be sometime next year.