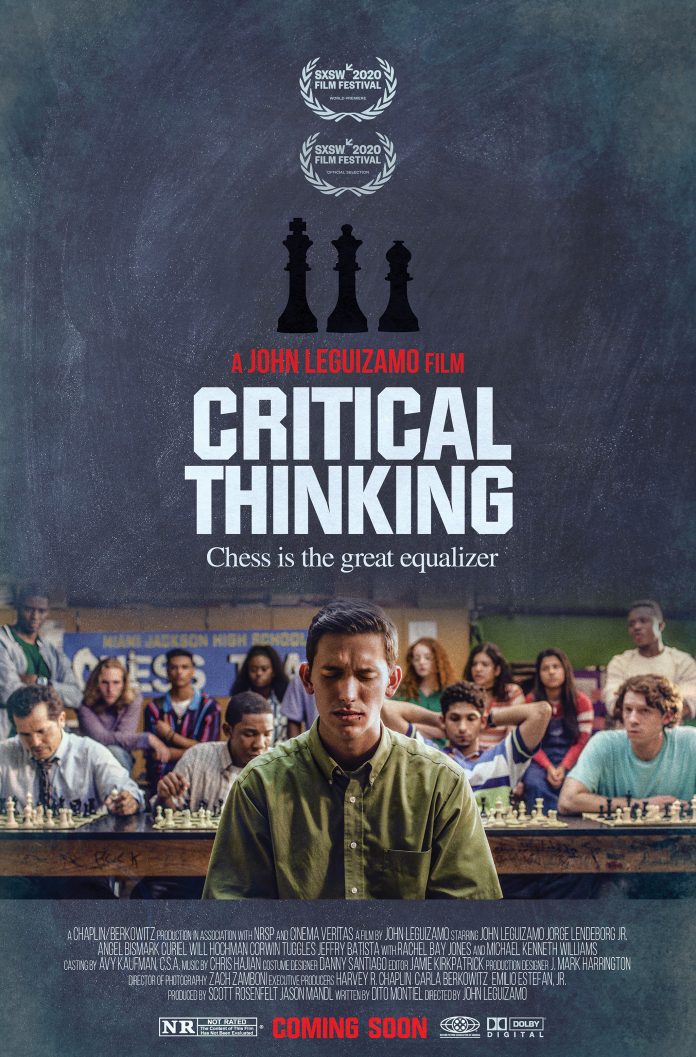 John Leguizamo is known as an actor with almost 150 productions to his credit that have included the great (Carlito’s Way, ‘To Wong Foo, Thanks for Everything, Julie Newmar’), the not so great (Collateral Damage, Assault on Precinct 13 remake) and the awful (Spawn, The Happening and the less said about ‘Super Mario Bros’ the better). Well now John Leguizamo directs!  Having made a TV movie way back in 2003 he’s making his theatrical directing debut with ‘Critical Thinking’.

Though John Leguizamo directs the film he also stars in the Miami-set story, based on actual events, about a chess fanatic who against the odds trains a group of underprivileged teenagers and takes them to the US National Chess Championship. His co-stars will include Rachel Bay Jones (Ben is Back), Michael Kenneth Williams, Corwin Tuggles, Jorge Lendeborg Jr., Angel Bismark Curiel, Will Hochman, and Jeffry Batista. The story was first spotted by producer Carla Berkowitz when she read about it back in 1998 where Miami Jackson High School’s chess coach Mario Martinez and how he shepherded his young team to success. , and was instrumental in bringing the project to the screen alongside business partner Harvey R. Chaplin.

Critical Thinking was intended to premiere in the official selection for SXSW at Austin, Texas before the festival was cancelled due to the coronavirus pandemic. Now it will screen in the Cannes virtual market.