Actor / writer / director Taika Waititi career has gone from strength to strength after the huge success of Thor Ragnorok and recently signed to helm “Thor: Love and Thunder” for Marvel Studios. Now the ‘visionistical’ New Zealand director’s next film is going to premiere at the Toronto film festival and so we now have the WW2 satire JoJo Rabbit trailer.

The JoJo Rabbit trailer is set during the Second World War, the story revolves around a young boy (Roman Griffin Davis) living in Germany whose only ally is his imaginary friend Adolf Hitler (Waititi). The kid’s naive patriotism is tested when a young girl (Thomasin McKenzie) upends his world views and forces him to face his biggest fears when he finds out his mother is hiding a Jewish girl in their home.

Taika Waititi wrote the screenplay way back in 2012 but now h’s proved his box office he’s able to get his films bankrolled far more easily. Waititi who is Jewish, was asked about why he chose to play the role of Adolf Hitler to which he replied, “The answer’s simple, what better f**k you to the guy!”. Fair enough, can’t argue with that.

Scarlett Johansson, Oscar winner Sam Rockwell, the always great Stephen Merchant, Alfie Allen and Rebel Wilson (who could do with a hit after the flop of The Hustle) co-star in the project which will premiere at this year’s Toronto Film Festival. The film will be doing the festival circuit including the Venice film festival which is usually a precursor to what may be Oscar contender’s – rumour has it that Joaquin Phoenix’s Joker has a very strong awards potential. From the JoJo Rabbit trailer there’s plenty of potential there for possible awards. 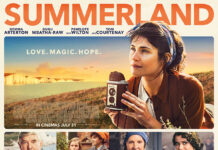