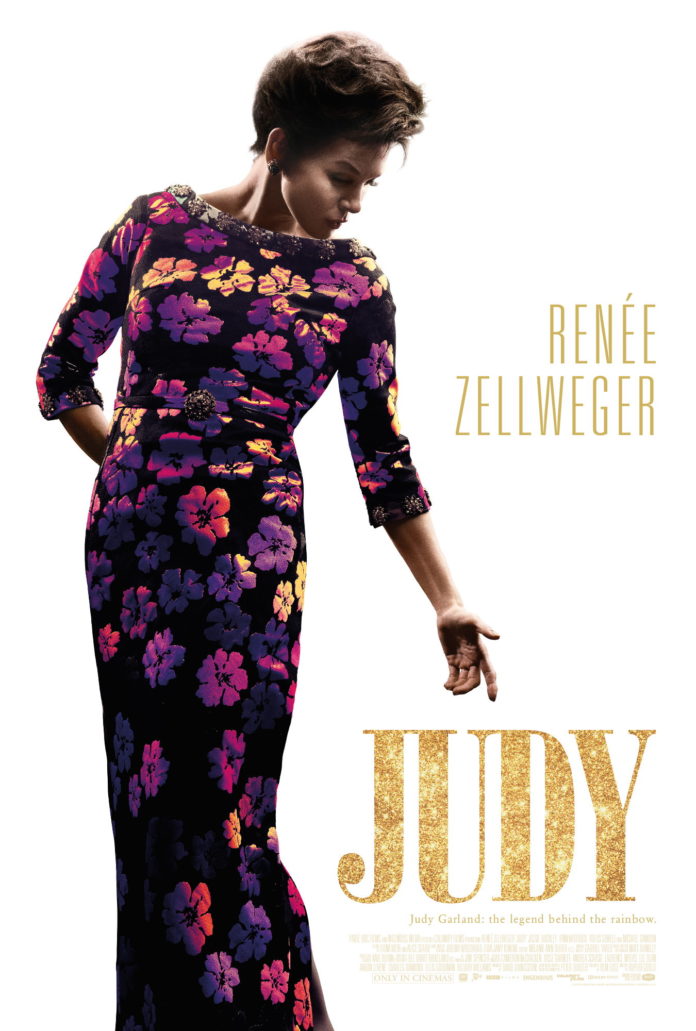 Much like Liza Minnelli will be forever remembered for ‘Cabaret’, her mother, Judy Garland, will be forever remembered for ‘The Wizard of Oz’ and both became gay icons whilst our Editor will never be remembered except for his ability to never pay and always con (‘You’re fired!‘ – Ed). But we now have a film about Garland’s life with Renee Zellweger (Bridget Jones’ Baby) and we have the first glimpse of her in the Judy trailer.

Winter 1968 and showbiz legend Judy Garland arrives in Swinging London to perform in a sell-out run at The Talk of the Town. It is 30 years since she shot to global stardom in THE WIZARD OF OZ, but if her voice has weakened, its dramatic intensity has only grown. As she prepares for the show, battles with management, charms musicians, and reminisces with friends and adoring fans, her wit and warmth shine through.  Even her dreams of romance seem undimmed as she embarks on a courtship with Mickey Deans, her soon-to-be fifth husband. And yet Judy is fragile.  After working for 45 of her 47 years, she is exhausted; haunted by memories of a childhood lost to Hollywood; and gripped by a desire to be back home with her kids. Featuring some of her best-known songs, the film celebrates the voice, the capacity for love and the sheer pizzazz of “the world’s greatest entertainer”.

Based on the play ‘End of the Rainbow’ by Peter Quilter the film apparently strips out much of the fantasy elements going more for realism. Garland’s rapid deterioration is only hinted at in the Judy trailer but her life ended tragically after a lengthy period of drink and prescription drug addition and the film has not been endorsed by Minnelli which means it’ll probably be a warts n’all film.