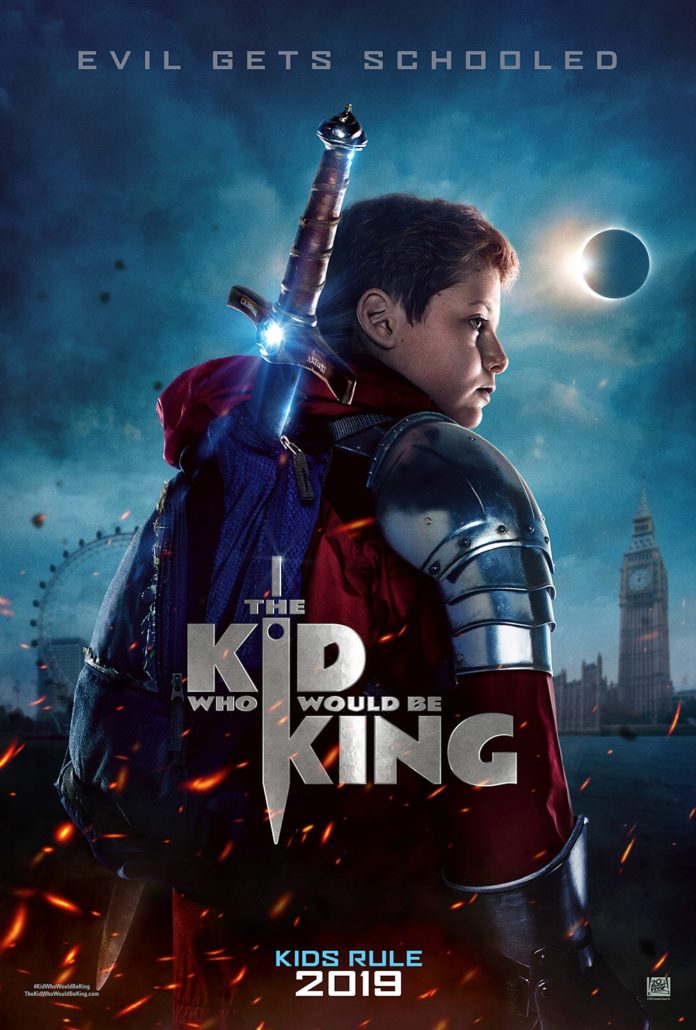 Having just got back from the Christmas break we’ve found a whole bunch of stuff waiting for us best of including The Kid who Would be King trailer. It’s written and directed by Joe Cornish who we recently bumped into at the Mowgli premiere and forced him to have his picture taken with our Deputy Editor here who is a big fan.

At first we thought this might be a trailer for ‘Theresa May – the Resignation Movie’ as the first line of The Kid who Would be King trailer is, ‘A land is only as good as its leaders’ but that would be ridiculous as the last decent PM we had was Churchill but we digress…….

But this does look something a little different as old school magic meets the modern world in what looks like an epic adventure.  THE KID WHO WOULD BE KING appears to be Alex (Ashbourne Serkis) who thinks he’s just another nobody, until he stumbles upon the mythical Sword in the Stone, Excalibur. Now, he must unite his friends and enemies into a band of knights and, together with the legendary wizard Merlin (Stewart), take on the wicked enchantress Morgana (Ferguson). With the future at stake, Alex must become the great leader he never dreamed he could be (similar to what Theresa May must also be wishing for with the Brexit balls up).

Rebecca Fergusson had a busy time when this was being shot as she was filming Mission Impossible Fallout during the week and at weekend’s she shot her scenes for this. We’re looking forward to seeing this as Joe Cornish has had a hand in writing a lot of decent films including ‘Antman’ and also the Spielberg directed Tin Tin film.

Here’s The Kid who Would be King trailer…….