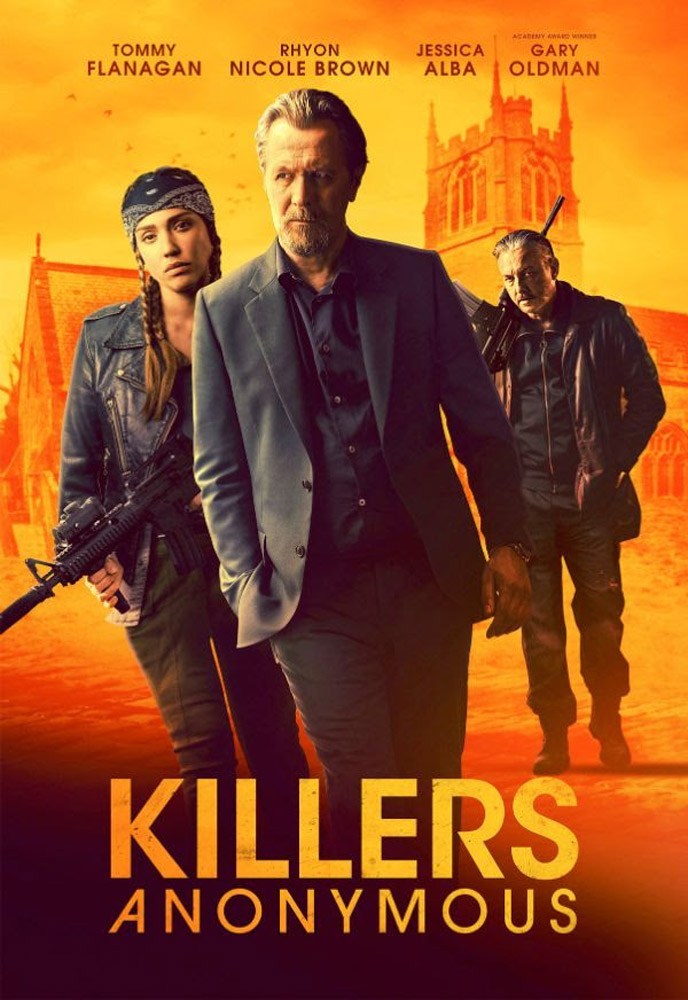 So we told you here a little while ago about Gary Oldman’s next film after winning an Oscar and now we have the Killers Anonymous trailer. Now he had put in a performance in the splendidly old school action thriller ‘Hunter Killer‘ but the Killers Anonymous trailer looks like one of those hitmen films like Leon which he was so brilliant in. So lets hope its like that rather than the somewhat disappointing Dead in a Week.

A support group of killers is held regularly, the participants sit in a circle of trust and share their transgressions. On this particular night, the city has been rocked by the failed assassination of a Senator and the brutal and professional demise of his attempted assassin. A chain of events is already in motion, as the group congregates for their late-night session. The very fabric of the group begins to unravel, as one layer of betrayal leads to another. Welcome to Killers Anonymous. The meeting is now in session.
Directed By Martin Owen this is quite step up for him an since making this he’s already made several more feature films in quick succession. The films been co written by Seth Johnson (who has an extensive career as a director of photography) , Elizabeth Morris (who also has a small role in the film) and Martin Owen himself. From the Killers Anonymous trailer the tone of the film seems to be something of a black comedy with plenty of violence and some sexual content.
Killers Anonymous will be in UK Cinemas from 27th August.
Here’s the Killers Anonymous trailer……