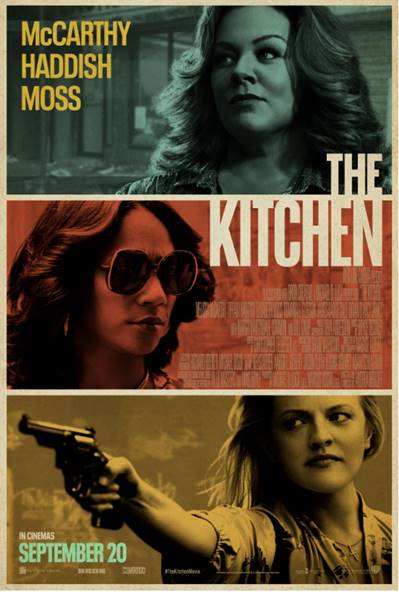 Despite our best efforts our Editor is still a stranger to the #TimesUp movement so when The Kitchen trailer landed on our desk he made some unenlightened quip about it being only one of two rooms women should be allowed in. This goes some way to explaining why his wife now makes him sleep in their spare room.

The Kitchen” stars Oscar nominee Melissa McCarthy (“Can You Ever Forgive Me?”), Tiffany Haddish (“Night School”), and Elisabeth Moss as three 1978 Hell’s Kitchen housewives whose mobster husbands are sent to prison by the FBI.  Left with little but a sharp axe to grind, the ladies take the Irish mafia’s matters into their own hands—proving unexpectedly adept at everything from running the rackets to taking out the competition…….literally.

Now we don’t know much about this but the Kitchen trailer looks pretty good from what we’ve seen and we’re really looking forward to the films release.