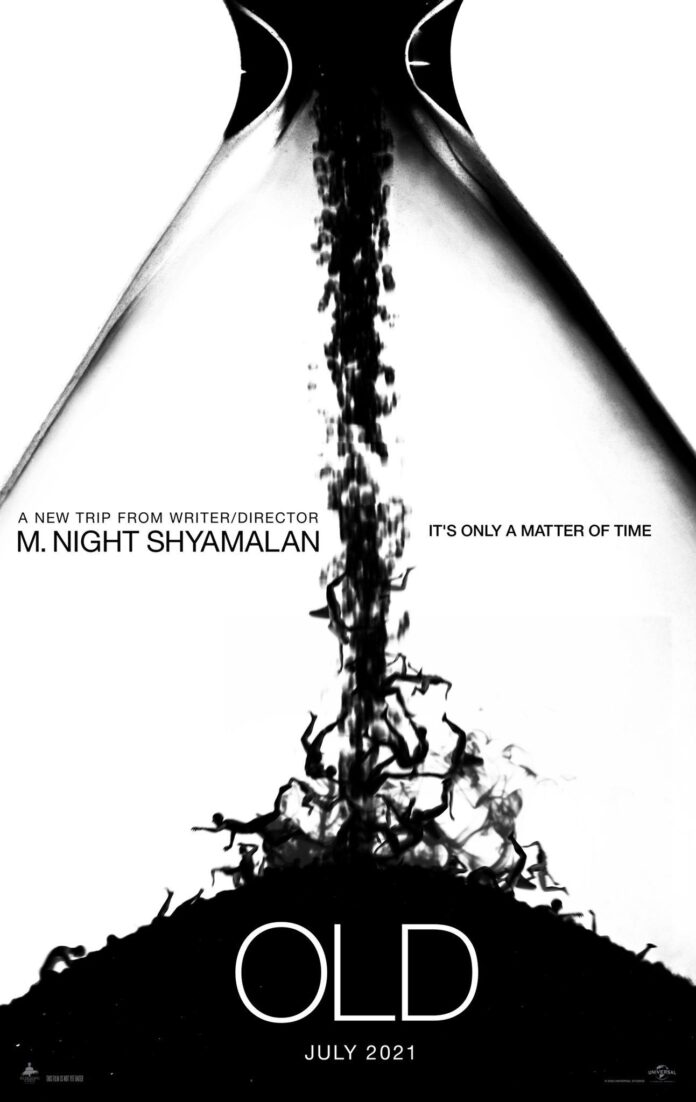 Back last year we reported HERE about a new film deal that writer – director M. Night Shyamalan had made and now we have details of his first film since ‘Glass‘.  And its appears that we  will be getting M. Night Shyamalan’s OLD slated to hit cinemas on July 23rd 2021

M. Night Shyamalan’s OLD will be a film inspired by Pierre Oscar Levy and Frederik Peeters’ graphic novel “Sandcastle” about a group of people who find they are unable to escape a mysterious, secluded beach after discovering a dead body there. A secret surrounding time keeps them from leaving.

From what we have heard it seems that Shyamalan was given the novel as a Father’s Day gift and so loved the story that he quickly picked up rights to make a film of it. However the word is that it’s not so much a direct adaptation but more a film inspire by the novel …..whether it will have his usual twist in the tale remains to be seem. The cast includes the easy on the eye Eliza Scanlen, Thomasin McKenzie, and Abbey Lee as well as  Aaron Pierce, Vicky Krieps, Alex Wolff, Nikki Amuka-Bird, Gael García Bernal, Ken Leung, Rufus Sewell, Embeth Davidtz and Emun Elliott.

Over the past few years Shyalaman seems to have found his mojo again after the the successive bombs of The Lady in the Water, The Happening, The Last Airbender (with the laugh out loud line, ‘I always knew you were a bender!’). But the low budget ‘The Visit’ costing only $5m made over $100m and since then he made ‘Split’ and then ‘Glass’ his long awaited sequel to, ‘Unbreakable’.