It’s now 40 years since Ridley Scott’s Alien hit the cinema screens terrifying audiences , launching Sigourney Weaver’s career and an increasingly patchy franchise.  Many will have our own memories of first seeing Alien – our own is a little shaky because much as my school reports used to say that I had two problems the first being my poor memory and the second was…….um…….no it’s gone. Anyway whether you saw it in the cinemas for the first time or sneaked a late night TV viewing or caught it at a friend’s house on a ropey VHS copy, the impact was instantaneous. Memory Origins of Alien is a fascinating reminder an insight into the film.

Here the film makers Alexandre O Phllippe has taken a somewhat sombre and earnest approach to the film with a solemn flashback  to ancient Greece as to the origins of Alien followed by some pseudo analysis as to where the idea sprung from. Much has been written about the film but its Dan O’ Bannon who pulled together a whole bunch of influences developing the story into a script. Unfortunately O’ Bannon passed away 10 years ago at a young  63 years old and it’s a shame because this misses his personal insight into the genesis of the story. However  Philippe has persuade his widow to talk about the film and she reveals some interesting tidbits and Philippe has also drawn together an eclectic number of talking heads all of which pitch into the origins of Alien as well as the making of the film that would turn out to be a landmark in sci-fi horror.

The strongest part of this documentary is undoubtedly the making of aspect with several of the cast including Veronica Cartwright, and Tom Skerritt talking about their involvement with a significant portion on that chestburster scene which is as visceral and shocking today as it was in 1979. Probably the best of the non film makers contributors is Ian Freer who has written a number of excellent books about several films and her he talks knowledgeably and in depth about the film with some fascinating insights about the production. Less successful though are the academic contributors that speak in earnest tones over analyzing scenes in the film and the assumed subtext much of which is probably unintentional by O’ Bannon’s and Ronald Shusett and is better suited to some anoraks university thesis on the film.

If you can get past the irksome pseuds then this is another great little documentary by Philippe whose last documentary was 78/52 about the shower scene in Hitchcock’s Psycho and for fans of the film Memory Origins of Alien is a must see.

Here’s the trailer for Memory Origins of Alien …… 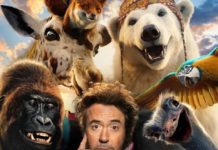