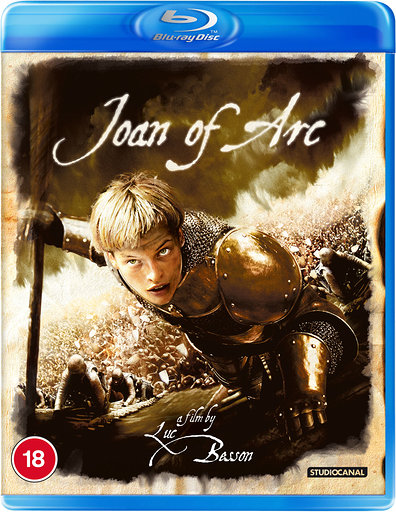 1997’s The Fifth Element had been such a big success for writer-director Luc Besson that he ended up marrying the films leading lady Milla Jovovich pausing only to divorce his second wife that same year.  His next film though equally epic in scale was a world away from sci-fi focussing on a French religious legend Joan of Arc.

Tormented by visions young Joan leaves her country home and seeks out the heir to the French throne and tells him that God has charged her with the task of freeing France from the English. Granted an army, Joan fulfils her promise, but is later betrayed and tried as a witch. 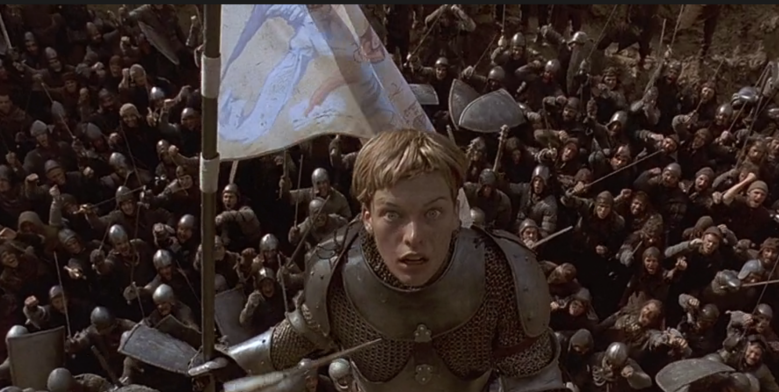 It was co-written with Andrew Birken, (he also has a small role in the film) who had a number of religious themed scripts in his back catalogue that included, ‘Omen III: The Final Conflict’ and also ‘The Name of the Rose’ but Joan of Arc would be epic with a running time of almost two hours and forty minutes and its little surprise that it was Besson’s longest shoot going on for over eight months. Except this was going to be a Kathryn Bigelow directed film but she had quickly bowed out when Besson insisted that his new wife was to play the lead role instead of her choice, Sinead O’Connor . It was not the only change. Both Sean Connery and even Jack Nicholson had been considered for the role of The Conscience before Dustin Hoffman was cast in the role and in the end Bigelow quickly left the production but even then it wasn’t over for her when she filed a case against Besson for his plagiarizing her own historical research when she was on the project but he quickly  agreed a payoff outside of any court action. 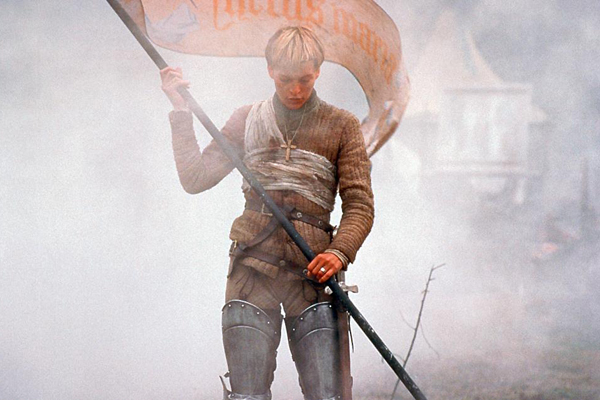 So Besson helmed what would be an arduous shoot with many of the impressive action scenes filmed with carefully choreographed extras on horses  et al and though the cast was mostly French  apart from Dustin Hoffman there was also a smattering of big Hollywood names and respected Brit actors too that included John Malkovich, Faye Dunaway, Toby Jones, Gina McKee and Timothy West. 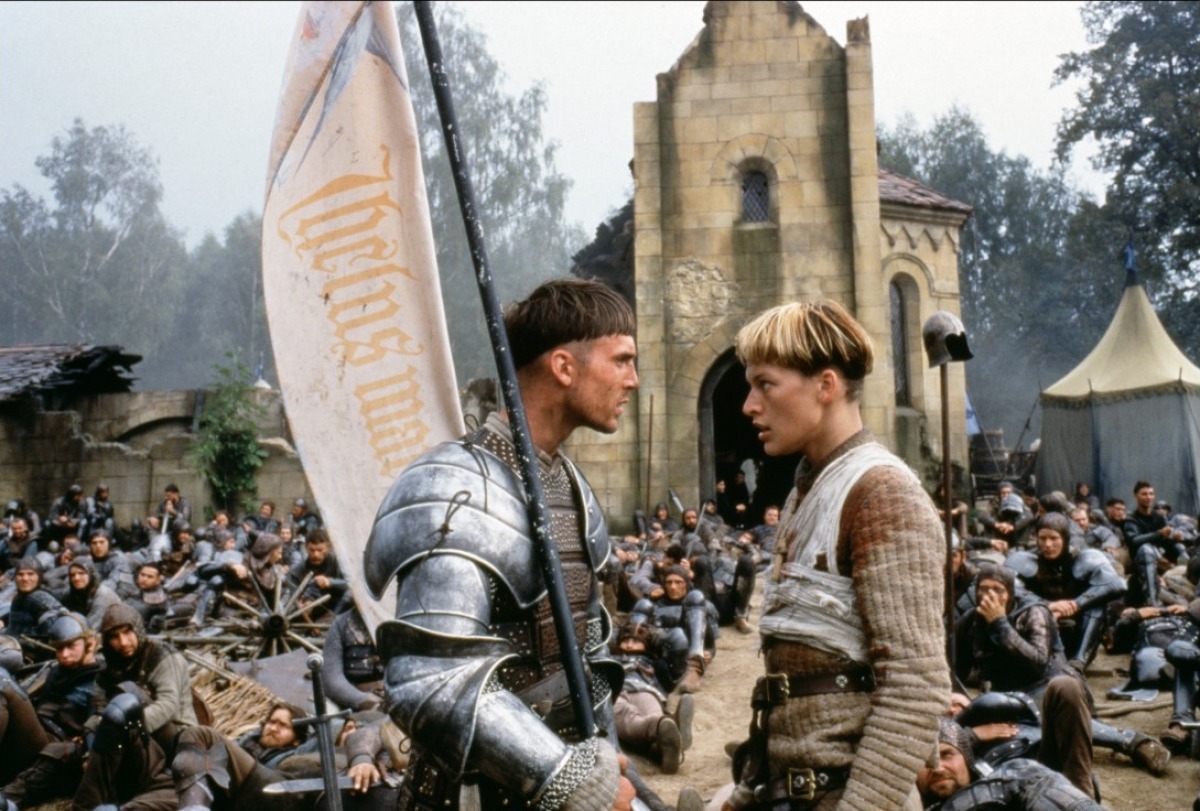 Joan of Arc was released in the US on 12th November as ‘The Messenger : The Story of Joan of Arc’ and as plain old ‘Joan of Arc’  in the UK on 10th March 2000.  Jovovich doesn’t actually appear as Joan until 30 minutes of the film have elapsed and arguably the best of the film is in the middle with the big battle scenes but the latter part of the film dragging a little as she wrestles with the French authorities and her conscience.  Like The Fifth Element it was another big financial gamble for Besson with the film costing an estimated $85m. Unfortunately the director was not so lucky this time with the film earning only $14m in the important US market and by the end of its international run had only made $66m. His year would worsen with his marriage to Jovovich ending in divorce in May 2000.

Joan of Arc is an interesting and ambitious film well worth a revisit for fans of Besson with plenty to admire but the films failure at the box office and the collapse of his third marriage kept him away from making another feature film for the following five years.

Here’s the Joan of Arc trailer……..

JOAN OF ARC IS RELEASED ON BLU-RAY, DVD & DIGITAL DOWNLOAD ON 24TH AUGUST 2020