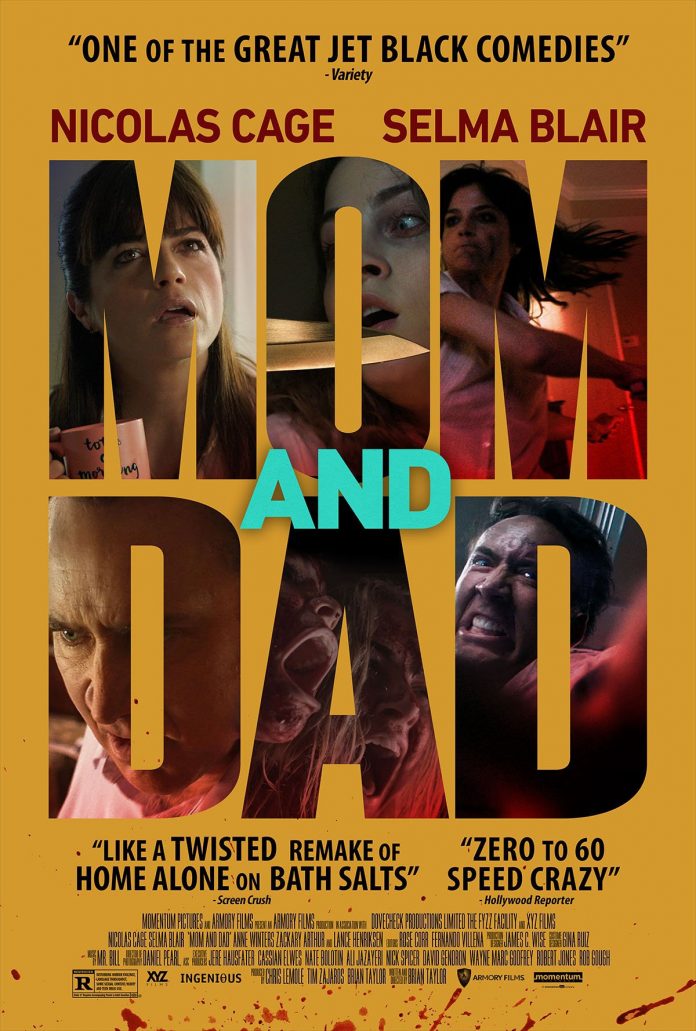 Mysteriously the Editor always has to leave the office immediately before his twin boys arrive though frankly when their names are Damien and Adolf its hardly a surprise because whilst neither are members of the Third Reich they certainly appear to be demonically possessed.

So whilst we’ve had plenty of movies about hideous kids such as  The Omen, Problem Child & the Editor’s home movies (‘You’re Fired!’- Ed) it been a a long time since we’ve had a parental version. the last one we can remember is the Randy Quaid starrer, ‘Parents’ way back in 1989. Now we have the similarly titled ‘Mom & Dad’ starring Nicholas Cage who one again abandons any vestige of restraint.

When a mass hysteria of unknown origin causes parents within a quiet suburban town to turn violently on their own children, Carly Ryan (Anne Winters) and brother Josh (Zackary Arthur) have to fight to survive a vicious onslaught from their own parents (Nicolas Cage and Selma Blair). Trapped in their own home with their crazed mom and dad, Carly and Josh are forced to defend themselves against the very people that have cared for them their entire lives.

Sounds a little bit like Home Alone with bloodletting and looks set to be a cult classic.