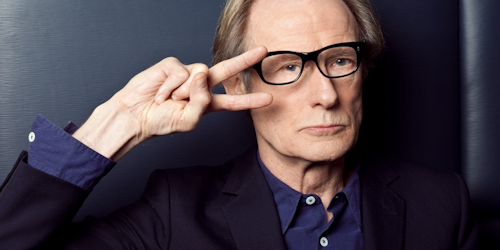 Over the years we’ve had a number of films inspired by board games including Cluedo and Jumanji which itself is being remade with The Rock and even Monopoly is rumoured to have a script being worked on.

The latest board game film adaptation is that old favourite, Scrabble, beloved by adults and loathed by kids. The film version will be titled, ‘Triple Word Score’ made by Hurricane Films and is to star Bill Nighy  and scripted by Frank Cottrell Boyce (Hilary and Jackie, 24 Hour Party People).

Rather than being about a group of bespectacled anoraks sat round a board and coming up with obscure words the film will be a supernatural comedy-drama following the story of a father (Nighy) searching for his missing son, with whom he shared a passion for the board game Scrabble. Described as a film of mystery, self-discovery and hope we can only hope that it will be rather than a film of rainy afternoons, boredom and stale biscuits. Thankfully our Editors script for ‘Nude Twister’ is unlikely ever to see the light of day.

Shooting for ‘Triple Word Score’ will take place this summer in the UK in Liverpool and West Lancashire.

Hurricane films are a Liverpool based production company and are also making, ‘Rum Doxy Diver‘ – a Dickensian rom-com romp to be directed by Lindy Heymann from an adapted script by Leigh Campbell and inspired by the book Hammer by Sara Stockbridge.