Back in December 2017 we had the first of Marvel’s The New Mutants trailer revealed here and now over two years later we have a new New Mutants trailer. Originally down for an April 2018 release it was pushed back massively by over a year for an August 2019 and we covered here.

It was rumoured that though director Josh Boone delivered a film he was happy with the studio were not and extensive reshoots were demanded for a new New Mutants trailer. Things changed further when Disney bought 20th Century Fox in a deal that was finalized last year and it was believed that the film might never get a theatrical release but end up on a streaming site. So we now have a new New Mutants trailer that looks like it has had its effects budget notably ramped up and in fairness this does look pretty good for what is  the last pre-merger X-men film.

‘Do you know what mutants are?’ asks one character in the trailer. Unfortunately the reply is not,’Yes, they put them in reality TV shows’.  Instead the new New Mutants trailer shows them to  be Anya Taylor-Joy, Maisie Williams, Charlie Heaton, Blu Hunt, Henry Zaga and Alice Braga who co-star in the film about a group of teenage mutants incarcerated for psychiatric monitoring in an isolated hospital that’s very much up to no good.

Hopefully this will be a far bigger success than, “X-Men: Dark Phoenix” which had been moved from November 2018 to early February 2019 to a Summer 2019 release where it crashed and burned and became one of the biggest bombs of the years losing a monumental amount of money for the studio.

Lets hope the tagline, ‘There is something new to fear’ is for the right reasons. 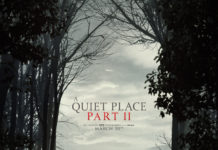 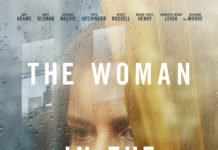