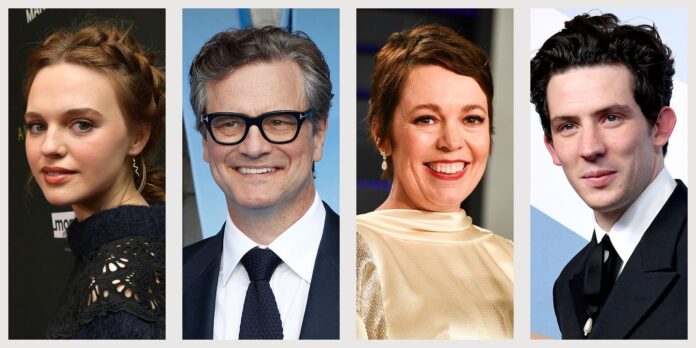 Everyone loves Oscar winners Olivia Colman, Colin Firth with Josh O’Connor who has been BAFTA nominated are now to appear together for the first time in new film, ‘Mothering Sunday’.

MOTHERING SUNDAY centres on March 30, 1924 in Beechwood, England. Jane Fairchild (Odessa Young), a maid in the Niven household, has the day off to celebrate Mothering Sunday while Mr. and Mrs. Niven ( Colin Firth, Olivia Colman ) attend a lunch to celebrate the engagement of their neighbour’s only remaining son, Paul (Josh O’Connor). Although Jane rejoices at her freedom on an unseasonably hot, beautiful spring day, she has no mother to go to—and for almost seven years she has, joyfully and without shame, been Paul’s lover. Like the Nivens, Paul belongs to England’s old- monied social class, whereas Jane was orphaned at birth. With the house conveniently empty, they can finally meet in Paul’s bedroom for the first time. Today will be their last as lovers. It is also the day that will mark the beginning of Jane’s transformation.

Sope Dìrísù will play the role of Donald, a significant figure in Jane’s later life and the actor is quickly establishing himself as an internationally renowned actor, showcasing a range of disciplines across film, television and theatre. Dìrísù will also soon begin lensing Emma Holly Jones’ romantic comedy, MR. MALCOM’S LIST. Past works include Netflix’s critically acclaimed series, Black Mirror, for which he received the 2017 Rising Star Award for the Screen Nation Film and Television Awards.

Producers Elizabeth Karlsen & Stephen Woolley commented: “We’ve been following Ṣọpẹ́’s career as an actor in theatre, film and television for some time – he gave a standout performance as Biff in Marianne Elliot’s Death of a Salesman, and along with director Eva Husson we believe he will make a fantastic Donald in Alice Birch’s adaptation of Graham’s novel.”