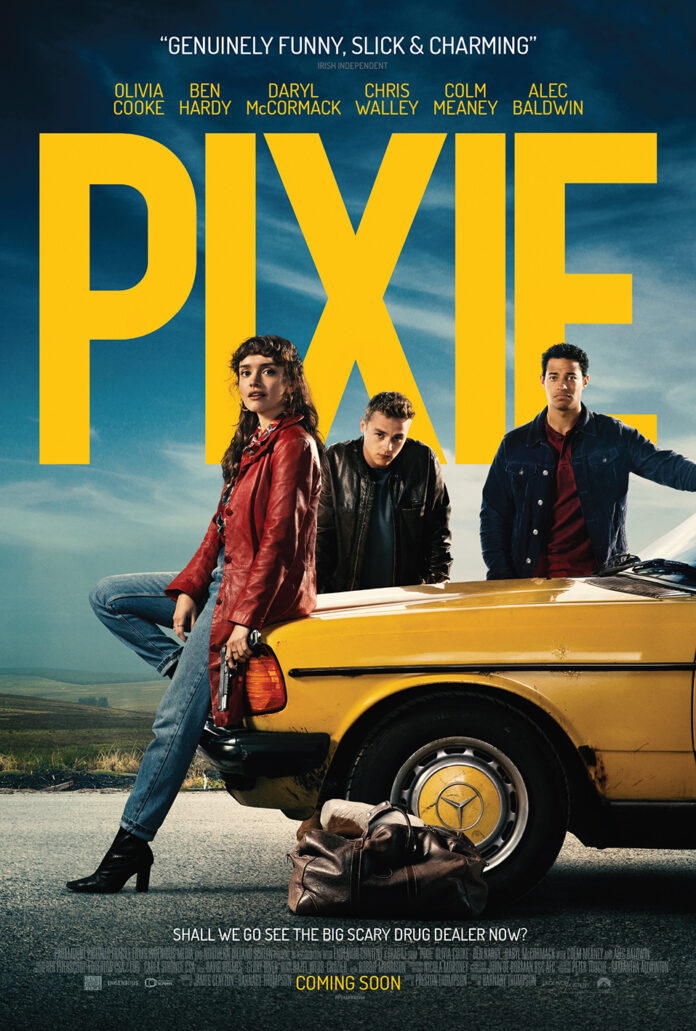 With Kung Flu preventing a huge load of Hollywood blockbusters from coming out we instead are getting a bunch of smaller budget, independent films many of which look really interesting and into that category falls the Pixie trailer. Directed by Barnaby Thompson with a screenplay by Preston Thompson the film has a pretty eclectic array of actors with Olivia Cooke, Ben Hardy, Daryl McCormack, Colm Meaney, Dylan Moran, Chris Walley and most surprisingly of all, Alec Baldwin.

Pixie (Cooke) wants to avenge her mother’s death by masterminding a heist, but her plans go awry and she finds herself on the run with two young men (Hardy, McCormack) who are way out of their depth being chased across the wild Irish countryside by gangsters. She has to pit her wits against everyone, taking on the patriarchy to claim the right to shape her own life. Director Barnaby Thompson has not helmed a film since the two St Trinians films ten years ago though in fairness he has impressive credentials as a producer with both Wayne’s World films, Spice World and the recent Fisherman’s Friends film to his credit. Olivia Cooke is no slacker either having appeared in several notable films including Spielberg’s ‘Ready Player One’, the quirky ‘Thoroughbreds‘, horror film ‘Ouija’ and the most depressing film we’ve ever seen, ‘Life itself’. Ben Hardy has done well since leaving soap opera Eastenders and appearing in ‘X-men Apocalypse’, the Oscar winning ‘Bohemian Rhapsody’ and Netflix actioner ‘6 Underground’. We’re intrigued also to see Irish comic Dylan Moran in a sizeable role in the Pixie trailer too with his distinctive brand of dark morose comedy.

With many US cinemas especially on the West and East coast not open yet there is no confirmed release date for Stateside but Pixie is released in the UK on October 23rd 2020.