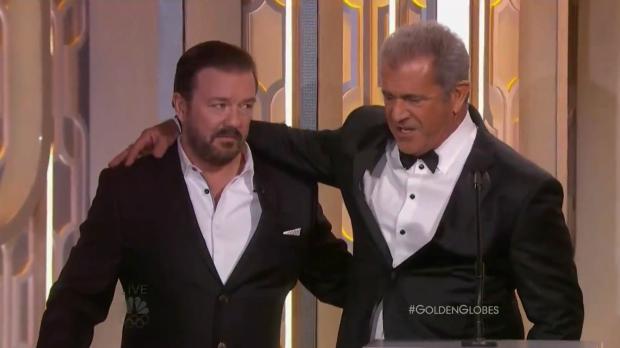 It’ll be yet another award to add to his Bafta’s, Golden Globe’s and Emmy’s after shooting to fame with BBC hit The Office and notoriety after hosting several Golden Globe ceremonies.

Other people getting an award at the ceremony will be Ang Lee who will receive the John Schlesinger Britannia Award for Excellence in Directing, and Samuel L. Jackson the Albert R. Broccoli Britannia Award for Worldwide Contribution to Entertainment.

“Ricky Gervais is a comic genius,” gushed BAFTA Los Angeles CEO Chantal Rickards. “He is provocative, edgy, and his observations on life have brought us some of the best comedy moments ever in television and film. He crosses the pond with consummate ease, continues to push the comedic boundaries, and we’re looking forward to raising a glass to his incomparable talents at the Britannia Awards.”

….before Gervais insults him in his usual comic way.