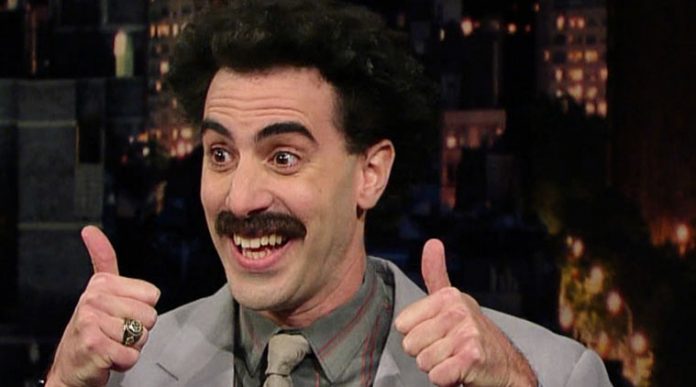 The relative disappointment of Cohen’s last film, Grimsby’ at the box office only making $25m worldwide compared to Borat’s $261m he’s still highly regarded by the studios (and rightly so) and it seems that his next film will be an English language remake of the 2010 Danish comedy, ‘Klown’. The film was the highest-grossing local film in Danish history and follows a man who tries to prove his fatherhood potential to his pregnant girlfriend by ‘kidnapping’ her 12-year-old nephew and tags along to his best friend’s debauched weekend canoe trip. It was so successful that a sequel was released last year that followed the two friends to L.A.

Baron Cohen has long been a fan of the original film writers joined him at his office today to discuss the project with buyers.

Apart from Cohen the supporting cast will include Isla Fisher (who is also his real life wife) and Game Of Thrones star Nikolaj Coster-Waldau.

Here’s the trailer for the original film which gives you an idea of the type of comedy it will be….and it it is remarkably tasteless in places.