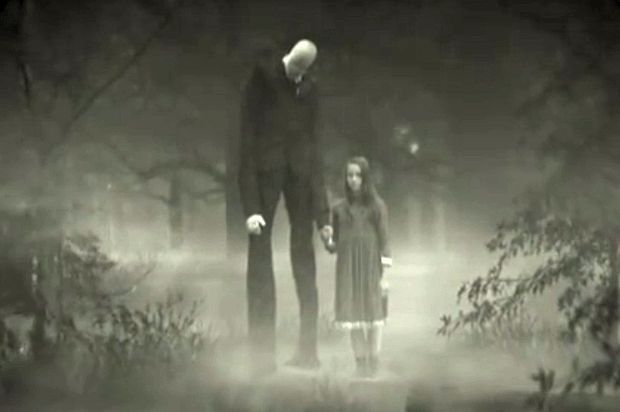 It’s ironic that having spent most of Christmas stuffing our faces with just about anything that dedicated to hardening arteries that one of the first trailers of the New year to be released is for a film titled ‘Slender Man’ which we can only presume is sponsored by the diet industry. Rumours that James Cordon was to be cast in the title role remain unfounded.

Last year we told you here about the macabre background to the story of the poster child for anorexics and how it prompted a real life murder.

Slender Man tells the story of a tall, thin horrifying figure with unnaturally long arms and a featureless face, who is reputed to be responsible for the haunting and disappearance of countless children and teens

As grisly as it all sounds the film has its first trailer which is not quite what we expected and gives precious little sight of the iconic figure but w’re pretty sure that it’s only the beginning of the campaign so more is sure to follow.