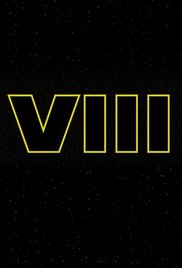 With Rogue One now out and about to do stellar box office business the studio is already look to next Christmas 2017 Star Wars film which at present is without title.

Despite ‘Rogue One’ being released to all, Lucasfilm’s Producer Kathleen Kennedy continues to promote the film and inevitably she’s already being asked about the next two films in the franchise – Rian Johnson’s “Star Wars: Episode VIII” and the untitled Han Solo movie.

She confirmed that directors Phil Lord and Chris Miller start shooting the Han Solo film in February 2017 which will star Alden Ehrenreich as a young Han, Donald Glover as Lando Calrissian, and Emilia Clarke in an unknown role.

But when it comes to ‘Episode VIII’, she still won’t tell us the title but has hinted at when we might see the first trailer, “Probably heading into spring you’ll start to see things”.

We’re guessing that it will either hit with Disney’s “Beauty and the Beast” on March 17th, or mid April during Star Wars Celebration which takes place in Orlando. .